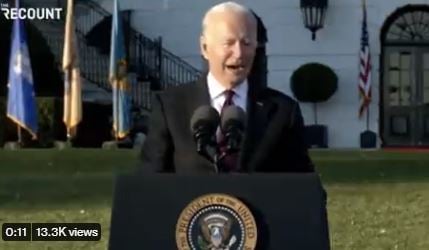 13 Republican lawmakers in the US House made sure Democrats would pass their infrastructure bill that does not include a dime for a border wall to secure the US Southern border during the greatest illegal immigration crisis in US history.

The 13 Republicans who voted in favor of Biden’s bill were:

During the signing reception Joe Biden thanked Mitch McConnell personally for supporting the bill and voting on it.

These Republican senators are a disgrace.

Via The Palmieri Report.

President Biden thanks Senate Minority Leader Mitch McConnell, who is not in attendance, for voting for the bipartisan infrastructure bill. pic.twitter.com/B59OAXHI4S