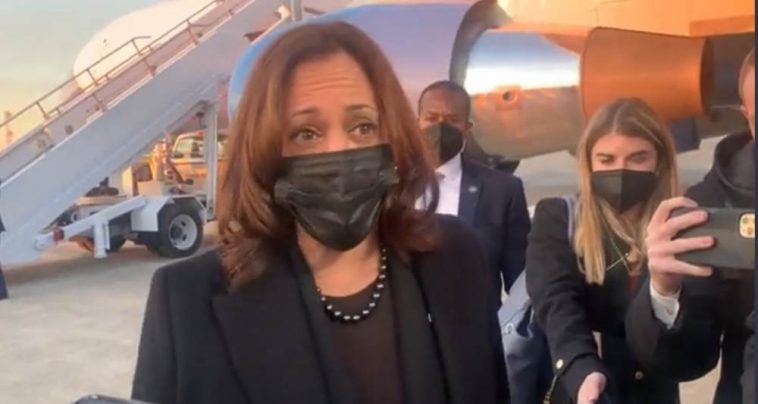 Kamala Harris criticized the not guilty verdict in the Kyle Rittenhouse murder trial Friday in comments made to reporters as she departed Columbus, Ohio. Harris was in Columbus touting the Biden administration’s recently passed infrastructure bill. She did not take questions after making a brief statement that did not get into specifics. Unlike Joe Biden, Harris did not voice respect for the jury nor did she call for peace. Harris remarks were posted to Twitter by CBS reporter Tim Perry, “Hey guys. Well, it was a good trip and um, my impressions about the verdict–and the verdict really speaks for itself. As many of you know I’ve spent a majority of my career working to make the criminal justice system more equitable and clearly there’s a lot more work to do. Thanks”

At least she didn’t cackle.

Harris was California’s attorney general from 2011 to 2017. Before then Harris was was elected district attorney for San Francisco from 2004 to 2011, having previously served as a prosecutor in Alameda County and San Francisco.