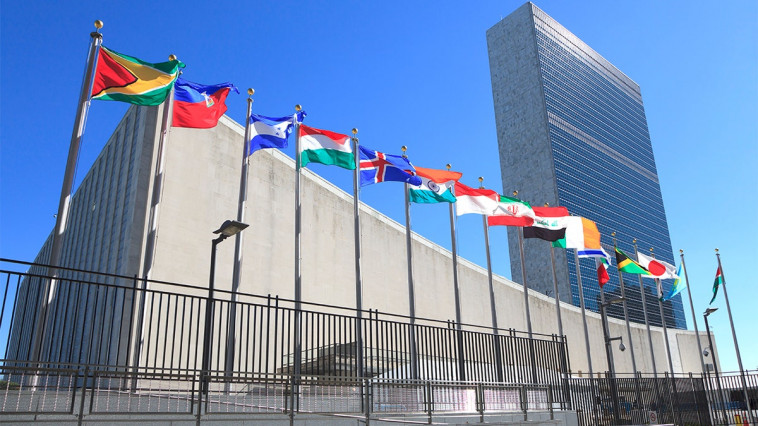 Stéphane Dujarric highlighted the “division between countries” getting wider and wider as “hampering the ability” of the world body to work effectively, particularly the Security Council.

The division between members of the U.N. Security Council, Dujarric said, has been exacerbated by Russia’s invasion of Ukraine. At the General Assembly last week, several world leaders, including President Biden, called out Putin for his aggression, noting Russia violated the world body’s charter by attacking Ukraine.

“Russia has shamelessly violated the core tenets of the United Nations Charter,” Biden said in his speech before the organization.

Despite this, Dujarric said kicking Russia out of the international agreement would not be prudent.

“The U.N. needs to have universal representation, so kicking people out of an organization, we think, is really not the right solution,” he said. “You will always need a place, at minimum a table, around which 193 countries can come and try to work together.”

Reforming the council, though, was not out of the questions, Dujarric said.

“There’s been a lot of discussion within the membership … about reforming the Security Council,” he said. “We think the council right now … is more of a reflection of the world in 1945 than it is in 2022.”

“We all have to be able to walk and chew gum at the same time,” he said. “For the secretary general, and I can only speak for him, there are a number of challenges that he’s dealing with, and they are all interlinked.”

Dujarric noted how Russia’s invasion of Ukraine has caused insecurity throughout much of Europe, created an energy crisis and made fighting climate change “that much more difficult.”

THE UNITED NATIONS: IS IT WORTH ALL THE MONEY?

“Because of the energy crisis, we’ve seen countries revert to coal instead of moving away from coal,” he said. “So everything is interlinked, and that’s, in a sense, why it needs to be discussed here, in a global organization.”

Secretary-General of the United Nations António Guterres speaks during a U.N. Security Council meeting on the situation at the Zaporizhzhia nuclear power plant in Ukraine at the United Nations Headquarters Sept. 6, 2022, in New York City.  (Spencer Platt/Getty Images)

The secretary general has proposed several actions he believes would combat climate change, including increasing taxes on fossil fuel companies.

“It is high time to put fossil fuel producers, investors and enablers on notice,” Secretary General António Guterres said. “Polluters must pay. Today, I am calling on all developed economies to tax the windfall profits of fossil fuel companies.”

“Those funds should be redirected in two ways: to countries suffering loss and damage caused by the climate crisis and to people struggling with rising food and energy prices.”

Dujarric added that such taxes could spur a “green transition.”

“We think that energy prices have been too high, that oil companies, carbon companies have made really obscene profits. That money could be used to help lower-income people in the rich countries and could also help moving toward a green transition,” Dujarric said.

Kelsey Koberg is an Editor with Fox News Digital. Story tips can be sent to kelsey.koberg@fox.com and on Twitter: @KelseyKoberg.