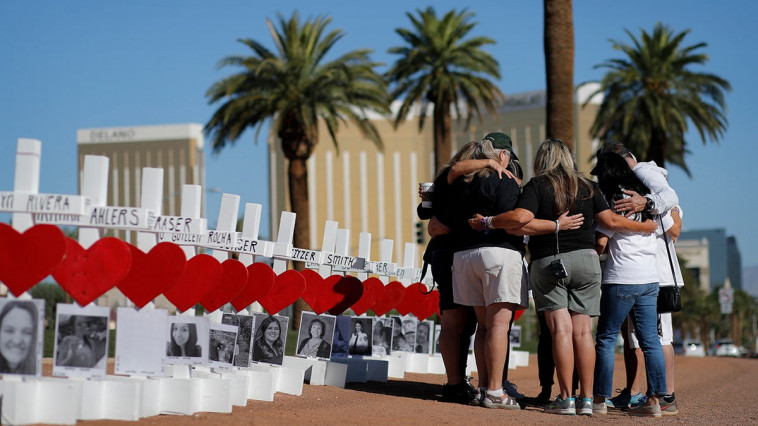 Paramount Plus has released a four-part documentary series titled “11 Minutes” detailing the events of the deadliest shooting in U.S. history five years after the tragedy left 58 people dead in a single evening.

Two additional victims of the October 2017 shooting into a massive crowd of people at the Route 91 Harvest Festival in Las Vegas have died since that day, making officials’ total death count 60 people, on top of the some 800 other victims who were injured in the shooting.

“As a storyteller, I have often felt disappointed in how that night was shared. It felt like the narrative that was often explored was that of the worst person there and that the story faded fast into the next hard headline,” survivor Ashley Hoff, one of the subjects of the docuseries, wrote in a Sept. 13 Facebook post about the series. “As the yearly markers passed, it felt more and more that the world stopped remembering the night 22,000 of us will never forget. I got to thinking – maybe that’s why I was there. Because I’m a storyteller and I could share what I remembered.”

Hoff added that as she ran out of the field where the country concert was being held as the shooter opened fire on thousands of attendees, she “got to bear witness to some of the most beautiful moments of humanity” as people rushed to help one another.

“THAT is the story I wanted to tell and the one – that with the help of an amazing team, the trust of every person who shared,” she wrote.

The docuseries aims to tell first-person stories of the heroism that unfolded that night alongside one of the most horrific massacres in American history.

“In one instance, viewers accompany heavily armed officers on their step-by-step assault of the shooter’s hotel room on the 32nd floor of the Mandalay Bay,” a description of the series on the Paramount Plus website reads.

Paddock had opened fire on concertgoers from the 32nd floor of the Mandalay Bay hotel on the Las Vegas Strip before killing himself.

Audrey Conklin is a digital reporter for FOX Business and Fox News. Email tips to audrey.conklin@fox.com or on Twitter at @audpants.