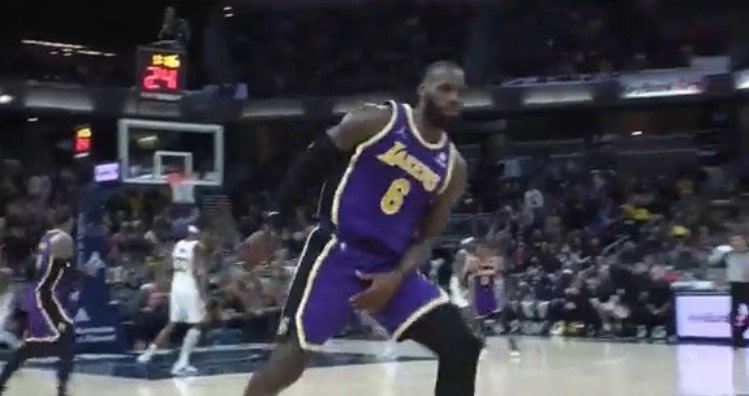 The Lakers forward was also warned about his use of profane language.

Full statement from the NBA:

Los Angeles Lakers forward LeBron James has been fined $15,000 for making an obscene gesture on the playing court and warned for using profane language during media availability in response to league imposed discipline, it was announced today by Byron Spruell, President, League Operations. The incident occurred with 1:17 remaining in the fourth quarter of the Lakers’ 124-116 overtime win against the Indiana Pacers on Nov. 24 at Gainbridge Fieldhouse.

LeBron James celebrated a 3-pointer with a ‘big balls’ dance.

LeBron hit the clutch 3 and did the Sam Cassell 😂 pic.twitter.com/Dvz5ndUMp6

James intentionally hit Pistons Center Isaiah Stewart in the face with a closed fist and left him bloodied.

Things quickly went downhill and a 20-man brawl broke out on the court.