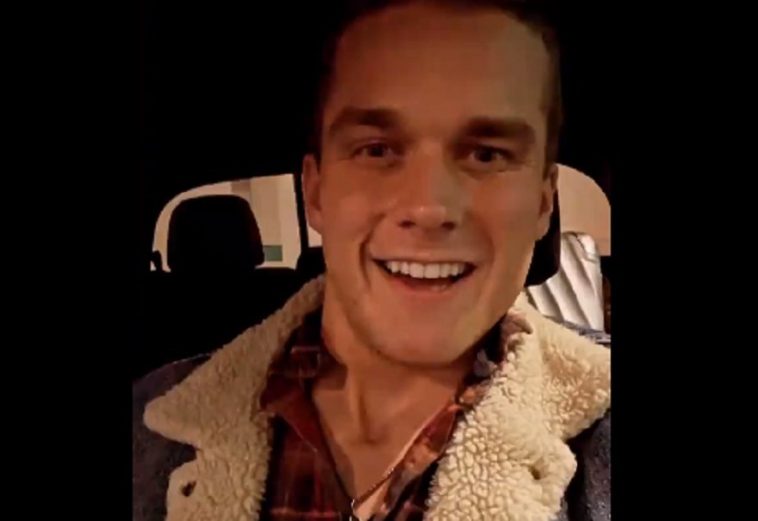 Rep. Matt Gaetz might have some competition, as Rep. Madison Cawthorn has now joined the Florida congressman in offering Kyle Rittenhouse an internship in Congress.

In a video posted after the verdict was announced, Cawthorn celebrated the verdict and said that people have a right to defend themselves.

“Be armed, be dangerous and be moral,” Cawthorn said.

During the video, Cawthorn had text splashed on the screen addressed to Rittenhouse and offering him an internship.

Rep. Gaetz also floated the idea of an internship earlier this week during an interview with Newsmax.

Newsmax host Grant Stinchfield said that he also wanted to hire the teenager at the station and may have to “fight for him.”

“Thank you for your advocacy for Kyle Rittenhouse. He is not guilty. He deserves a not guilty verdict, and I sure hope he gets it,” Gaetz said.

“Because you know what? Kyle Rittenhouse would probably make a pretty good congressional intern. We may reach out to him and see if he’d be interested in helping the country in additional ways,” the Florida representative continued.

Stinchfield replied, “So maybe we’ll have to fight for him. I want him here at Newsmax. Maybe he can be a Stinchfield intern too.”

“You guys pay way better at Newsmax, but there’s nothing like the Hill,” Gaetz replied.

The 18-year-old was acquitted on all counts after lengthy deliberations concluded on Friday.