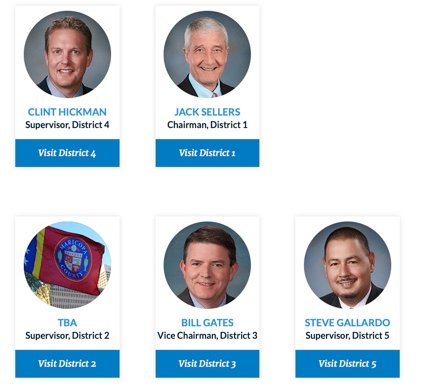 Former Maricopa County Supervisor Steve Chucri resigned in disgrace after The Gateway Pundit broke stories revealing that he lacked trust in the 2020 election, Dominion voting machines, and he was pro-full forensic audit, despite his public statements on the matter.

The Maricopa County Supervisors used taxpayer dollars to fight the Senate and cover up the crime of the century, refusing to conduct a joint investigation with the Senate.

The County conducted their own audit of their own department, using the same companies that certified the machines before the election, and they recounted a tiny fraction of the ballots. They did not conduct a full forensic audit but they claimed this was “the most secure election in history”.

In one recording, Chucri even said their prior election audit was “pretty bullsh*t, by the way“, after admitting that his colleagues were afraid that an audit would prove that they lost.

The Gateway Pundit reported on his resignation and the damning things that he revealed on secret audio recordings in March and January of 2021.

BREAKING: Maricopa County Supervisor Steve Chucri RESIGNS From Office After TGP Exposé : “There Was No Cover-Up, The Election Was Not Stolen. Biden Won.”

With his resignation, he issued a letter claiming that the election was not stolen, continuing with the cover-up so that he may save any chance with his political allies, and candidates for influential seats.

“The picture some individuals are trying to paint about a cover-up, scam and other nonsense about my colleagues and myself is simply false.”, said Churcri.

Chucri painted this picture himself when he admitted, “I think it was done through dead people voting; I think it was multifaceted.”

He was too scared to fight for his constituents.

On Friday, December 3rd, The corrupt Supervisors will fill his vacancy with one of the following applicants.

Chucri was the clean guy out of the five Supervisors on the board. The other four corrupt members stumped Chucri out of his position as Vice-Chair, and silenced him for holding pro-audit stances and refusing to fight the Arizona Senate.

The Corrupt Board of Supervisors will now choose a new Supervisor to finish Chucri’s term.

There are more than a couple red flags! 🚩🚩

Two of them are never-Trumper RINOs.

They worked together to flip LD28 BLUE! https://t.co/9YNljyhWl8

The Board of Supervisors will meet to conduct interviews on Friday.

This could have an impact on the Arizona audit, as they are still conducting their analysis of the routers and splunk logs. However, Arizona Attorney General Mark Brnovich has received all evidence of election fraud that was found by the Audit and other reports.

Reports from the recount of ballots, signature verification analysis, Maricopa County canvass, and other evidence of law violations, including video of three individuals deleting elections data from the Elections Management Server before delivery of machines to the Senate, were delivered to Brnovich over two months ago.

The Gateway Pundit reported that Arizona State Legislators are demanding arrests from Mark Brnovich as they prepare to decertify the fraudulent 2020 election.