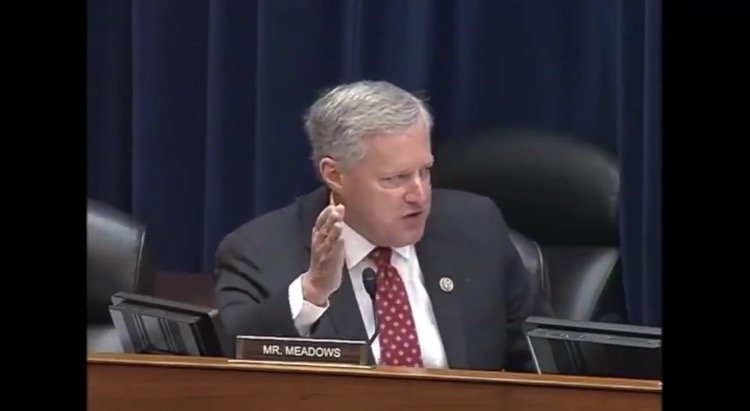 Trump’s former Chief of Staff Mark Meadows is now cooperating with the sham January 6 committee after being threatened with criminal contempt charges by Liz Cheney.

Earlier this month it was reported Reps Liz Cheney (RINO-WY) and Bennie Thompson (D-MS) were seeking criminal charges on Mark Meadows after he failed to appear before their sham January 6 Committee.

Meadows’ attorney George Terwilliger on Tuesday said they are working to reach an agreement where Meadows won’t be required to waive executive privilege.

“As we have from the beginning, we continue to work with the Select Committee and its staff to see if we can reach an accommodation that does not require Mr. Meadows to waive Executive Privilege or to forfeit the long-standing position that senior White House aides cannot be compelled to testify before Congress,” Meadows’ attorney George Terwilliger said in a statement Tuesday. “We appreciate the Select Committee’s openness to receiving voluntary responses on non-privileged topics.”

Serial liar Adam Schiff on Sunday put the pressure on Meadows to cooperate and said the select committee was probably going to move forward with criminal contempt charges this week.