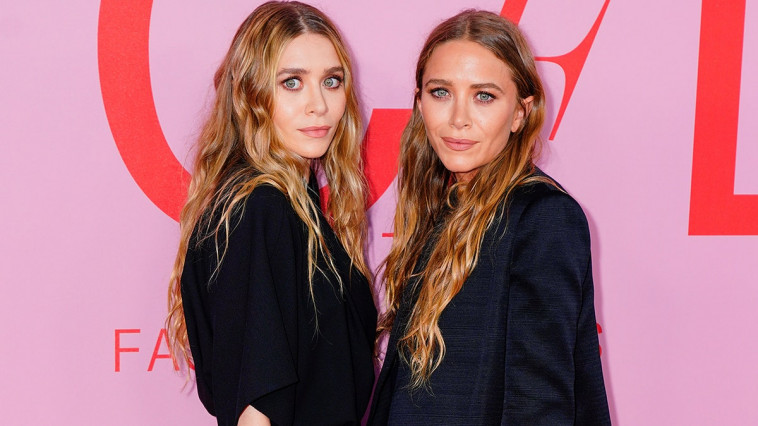 Mary-Kate and Ashley Olsen were photographed together at the fashion show for their line, The Row, during a rare joint appearance at Paris Fashion Week.

The twins were photographed alongside model Rosanna Ovalles Robles, and the picture was posted on IMG Models scout JD Moran’s Instagram account.

The last time the two were photographed together was in December 2020 when they were spotted having dinner together in New York City. While they lived very public lives as children, they have become very private since leaving their acting careers behind and focusing on the fashion industry.

The Olsen twins were photographed alongside model Rosanna Ovalles Robles at their fashion show for The Row at Paris Fashion Week. (Matt Winkelmeyer/MG19/Getty Images for The Met Museum/Vogue)

They initially skyrocketed to fame in 1987 when they were cast as Michelle Tanner in the popular sitcom “Full House” at only a few months old. Mary-Kate and Ashley took turns throughout each episode portraying Michelle. By the time the show was canceled in 1995, they had created their own children’s programming empire.

In 1993, when the twins were only 7 years old, the production company Dualstar Entertainment Group was created to capitalize on the attention surrounding Mary-Kate and Ashley. They produced a number of TV movies and direct-to-video movies for kids.

The first movie they were involved in with Dualstar was “To Grandmother’s House We Go” in 1992, and some of the more popular movies include “It Takes Two,” “Passport to Paris,” “Holiday in the Sun” and “Our Lips are Sealed.”

When the twins turned 18 in 2004, they took full control of Dualstar, becoming joint-CEOs and presidents of the company. They, in turn, were in charge of not only potential films the company invested in but the merchandise the company owned.

That same year, Dualstar released its final film, “New York Minute,” which also was their last film together. After retiring from acting, the twins created their fashion line, The Row, which started as a seven-piece collection.

The brand has since grown and has established itself as a label with many sought-after pieces. In 2021, it was announced The Row would be dipping its toe in the world of kids fashion with its first ever children’s collection.

While the brand, as well as the twins, are known for their simplistic style, they say the designs don’t always start out that way.

“I think that potentially that’s just our aesthetic, our design preference. But that doesn’t mean that we don’t also appreciate something truly ornate or maximal,” Ashley told ID in 2021. “Sometimes a collection even starts quite like that and then gets pared down. It doesn’t always start from that simplistic place.”

She also said working with her sister is something she cherishes and says their working relationship is beneficial to the productivity of their business.

“We like working together, and we like having that dialogue. I think it helps harden your ideas to be able to hear them out loud, to speak something through,” Ashley said. “We definitely go by intuition and instinct, and it can either confirm that feeling, or if we’re both not feeling right about something, for some reason, we just don’t do it. Our instincts are kind of the same. But I think what’s great is that we have each other to lean on.”