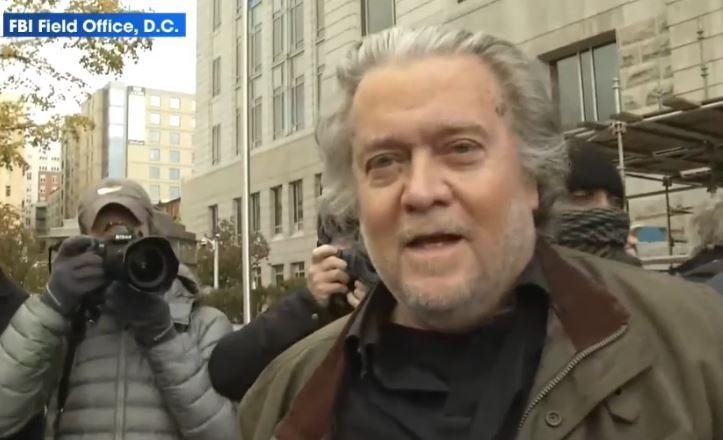 The Department of Justice on Monday refused Steve Bannon’s request for transparency and his right to unseal documents from the DOJ regarding the sham J-6 Committee investigation.

The DOJ called this an attempt by Steve Bannon to “try the case in the media” by making all documents and material public so the American people can be informed and make up their own mind on the merits of the case. But the regime does not want this. After all, how is the regime supposed to control the narrative if the truth gets out?

Steve Bannon is charged with contempt of Congress for refusing to cooperate with Liz Cheney’s garbage Jan. 6 Committee.

But on Tuesday several major US media outlets filed a legal brief in support of Bannon and his attempts to be transparent with the American public.

A coalition of major media companies has filed a legal brief in support of former Trump chief White House strategist Steven Bannon as he fights a proposed protective order in court that would keep him from publicizing Jan. 6th documents and information.

The media group – which includes CNN, ABC, NBC, plus the Washington Post, the New York Times, and the parent company of the Wall Street Journal – filed a motion to intervene as Bannon’s fights the government’s proposed order as part of his contempt of Congress case.

The order would severely limit what Bannon can do with the trove of information that the feds must share as part of the normal discovery process and have already begun handing over. According to a prior government filing, this includes more than 1,000 pages of witness testimony, grand jury material, and even emails from staff for the House Jan. 6th Committee investigating the Capitol riot.

The press group argues that the government’s proposed order would violate the First Amendment – and takes on the government’s own contention that allowing Bannon to use the materials would result in pretrial publicity that could taint the jury pool.