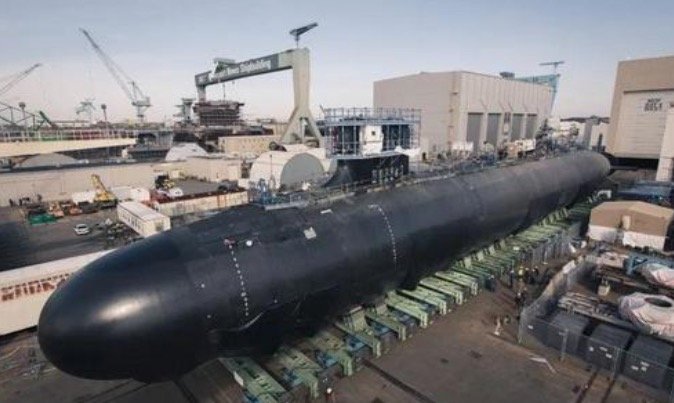 Elaine Marie Thomas, 67, of Auburn, Washington, was the director of metallurgy at a foundry that provided steel parts used by Navy contractors to build submarine.

It wasn’t until a metallurgist training to replace Thomas noticed the falsified records that her criminal activity came to light.

The new metallurgist alerted supervisors and Thomas was fired.

“Court filings indicate there is no evidence that Bradken’s management was aware of the fraud until May 2017. At that time, a lab employee discovered that test cards had been altered and that other discrepancies existed in Bradken’s records. In June 2020, Bradken entered into a deferred prosecution agreement, accepting responsibility for the offense and agreeing to take remedial measures. Bradken also entered into a civil settlement, paying $10,896,924 to resolve allegations that the foundry produced and sold substandard steel components for installation on U.S. Navy submarines.” the DOJ said.

“The Navy has taken extensive steps to ensure the safe operation of the affected submarines. Those measures will result in increased costs and maintenance as the substandard parts are monitored.” the DOJ added in a press release.

According to the Justice Department, Thomas thought it was “stupid” that the Navy required steel tests to be conducted at -100 degrees Fahrenheit.

Thomas’ attorney downplayed her criminal activity and said his client was just took some harmless shortcuts.

“Ms. Thomas never intended to compromise the integrity of any material and is gratified that the government’s testing does not suggest that the structural integrity of any submarine was in fact compromised,” Carpenter wrote. “This offense is unique in that it was neither motivated by greed nor any desire for personal enrichment. She regrets that she failed to follow her moral compass — admitting to false statements is hardly how she envisioned living out her retirement years.”

Thomas faces up to 10 years in prison and a $1 million fine but federal prosecutors said they will likely seek a lower sentence.