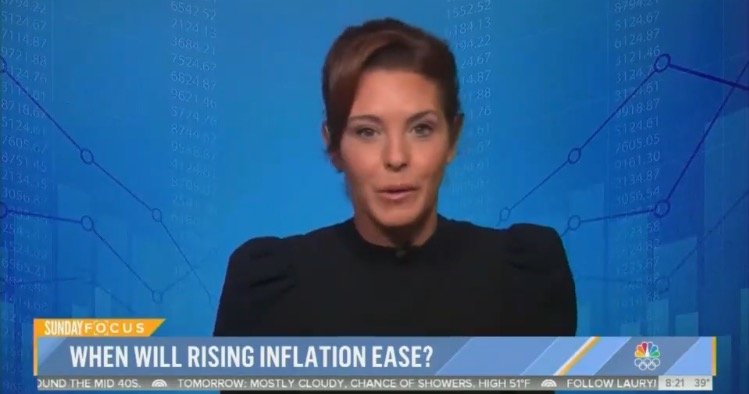 NBC’s Stephanie Ruhle said Americans should stop complaining about inflation because they can easily afford to pay more for food and fuel to heat homes.

“And the dirty little secret here, Willie, while nobody likes to pay more, on average we have the money to do so,” Ruhle said.

According Stephanie Ruhle, “Household savings hit a record high over the pandemic. We didn’t have anywhere to go out and spend. And as we said a moment ago, we’re expecting retail sales this holiday season to break records.”

What about all the people who lost their jobs due to the unconstitutional lockdowns?

Inflation airhead: NBC’s Stephanie Ruhle says the “dirty little secret” of people complaining about paying higher prices for food and fuel for their homes is they can afford it just fine. According to her, people should have been saving during the pandemic and stocks look good. pic.twitter.com/RQ90focIXJ

The fake news media is out in full force running cover for the Biden Regime.

“Suddenly, Americans can’t spend like they used to. Store shelves are emptying, and it can take months to find a car, refrigerator or sofa.” Bloomberg said.

“If this continues, we may need to — gasp! — live more like the Europeans. That actually might not be a bad thing.”

These DC media elitists are so out of touch with the common American.