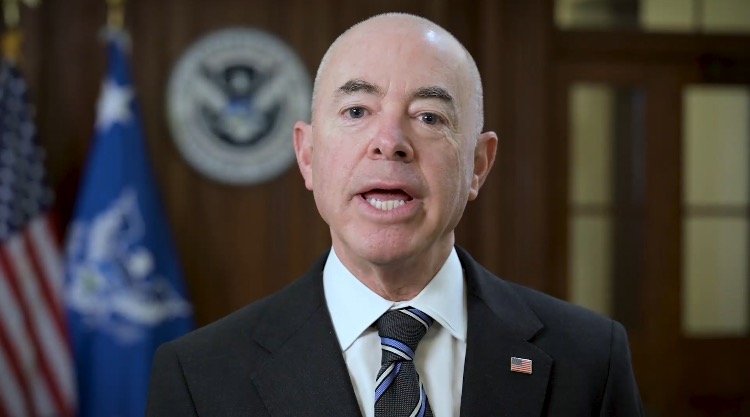 The Department of Homeland Security is preparing to release a new ‘anti-terror’ bulletin warning that domestic extremists are pushing violence against Congress, school and health officials.

The bulletin claims extremists may be angered if new Covid vaccine mandates are imposed: “anti-government violent extremists could potentially use the new restrictions as a rationale to target government or public health facilities.”

The new National Terrorism Advisory System bulletin is expected to be released Wednesday afternoon, according to officials familiar with it. It replaces an existing bulletin published in August, which said that “ethnically motivated violent extremists and anti-government/anti-authority violent extremists will remain a national threat priority for the United States.”

The new document includes a lot of the same language, according to a senior official who has read it. But it speaks to some new developments, including the exploitation of the American withdrawal from Afghanistan by both foreign terrorists and domestic racists.

In general, the bulletin continues, “threats include those posed by individuals and small groups engaged in violence, including domestic violent extremists and those inspired or motivated by foreign terrorists and other malign foreign influences. These actors continue to exploit online forums to influence and spread violent extremist narratives and promote violent activity.”

The ongoing pandemic continues to be a spark for violent rhetoric, DHS found, especially by those angered by mask and vaccine mandates and restrictions on normal activity.

In August, the DHS released a bulletin warning of an ‘increasing but modest’ threat of violence related to an online ‘conspiracy theory’ that Trump will be reinstated.

The DHS also conceded there is no specific evidence of a credible plot.