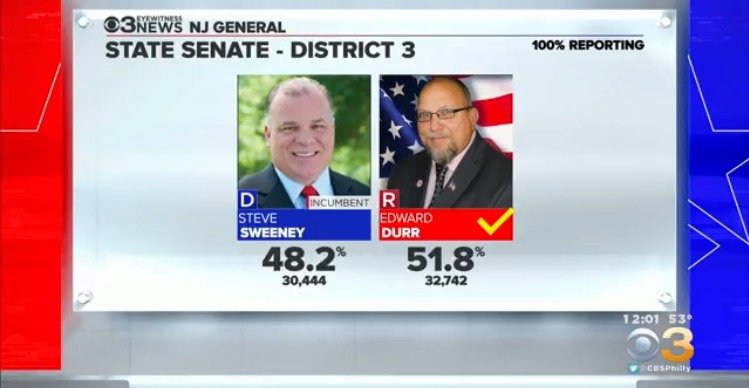 New Jersey Senate President Steve Sweeney, one of the most powerful elected officials in Jersey, finally conceded to Edward Durr, the Christian truck driver who only spent a few thousand dollars on his campaign.

Sweeney refused concede for more than a week after he was defeated in last Tuesday’s election claiming 12,000 ballots were “found” in one county.

On Wednesday, Democrat Sweeney finally conceded to Republican Durr, admitting there was a “red wave.”

New Jersey Senate President Steve Sweeney, one of the most powerful elected officials in the state, conceded on Wednesday that he lost reelection to the state Senate.

“I of course accept the results. I want to congratulate Mr. Durr and wish him the best of luck,” Sweeney said during a speech at the statehouse complex Wednesday.

Sweeney’s loss to Durr, who spent at least $2,300 in the contest, shocked state officials and leaves the Democrats who control the Legislature searching for a new leader.

Sweeney said his loss by about 2,000 votes was the result of overwhelming GOP turnout in his suburban Philadelphia, politically split district.