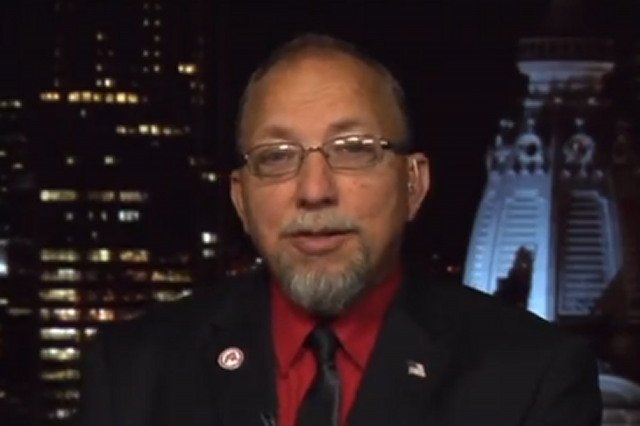 Ed Durr, the New Jersey Republican truck driver who shocked the country earlier this month by defeating a powerful Democrat incumbent, appeared on the Tucker Carlson show this week and told a very funny story.

He was recounting the phone call he had with the Democrat he defeated and he even had Tucker Carlson laughing.

This guy is a keeper.

New Jersey state senator-elect Edward Durr recounted an ironic conversation he had with his longtime predecessor – and state Senate President – Steve Sweeney after he conceded the race to the Republican commercial truck driver.

Durr, in an appearance on “Tucker Carlson Tonight” Thursday, said Sweeney was “a gentleman” in his congratulatory call a day earlier, which followed his public concession.

“He congratulated me and just wished me luck, [told me] to do well for South Jersey,” Durr said.

“I told him, you know, if he ever needs anything, just give me a call, because I’m his representative now,” Durr, who is reported to have spent only $153 on his primary campaign, responded.

New Jersey Senator-Elect Ed Durr: “He [Senate President Sweeney] was fine. I just told him if he needed anything to give me a call, since I’m his representative now.”

Ed Durr’s best line on @TuckerCarlson tonight got a belly laugh out of the host:

“[Sweeney] was a gentleman. And like I told him: if he ever needed anything, just give me a call, ’cause I’m his representative now.”

The Republican party needs more people like Ed Durr to run for office.