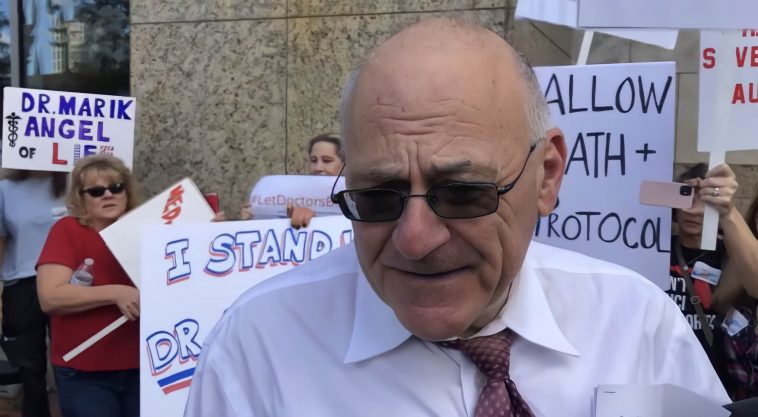 A Norfolk doctor filed a lawsuit against Sentara Norfolk General Hospital on November 9  after they banned the use of Ivermectin and several other drugs as a treatment to COVID-19 patients.

“Can you understand the toll that that takes that I have young patients – young patients in the 30s and 40s, who I had to watch die – while the hospital prevented me from giving them the treatment I thought was in their best interest,” says Dr. Marik.

Dr. Marik said in his 80-page document that Sentara issued a notice to doctors last October that they will allow only to treat COVID-19 patients with Ivermectin if they were part of a clinical trial.

Dr. Marik’s hospital privileges were temporarily suspended for 14 days and he only knew it when he showed up to work.

BREAKING NEWS: Dr. Paul Marik has been suspended from his duties in the intensive care unit at Sentara Norfolk General for 14 days. He found out he had been suspended when he showed up to work on Saturday. @WAVY_News pic.twitter.com/BNTSW13qMw

On Tuesday, Marik’s motion for a temporary injunction was denied by the judge.
The judge says in his opinion letter,

“The Court finds that Marik has third-party standing to bring an informed consent claim on behalf of his patients but lacks standing to bring a claim under Virginia’s Health Care Decisions Act. The Court further finds that Mark is unlikely to succeed on the merits of his informed consent claim. The Court therefore GRANTS IN PART AND DENIES IN PART Sentara’s “Motion to Dismiss for Lack of Standing” and DENIES Marik’s “Motion for Temporary Injunction.”

Judge David Lannetti issued his ruling and opinion late Tuesday, ruling Marik didn’t “identify a specific patient” who would be immediately impacted and that Marik’s argument overstepped Virginia law about when a doctor can overrule a hospital’s guidelines and prescribe “alternative treatments.”

The case can now move forward to a civil trial. As of now, the next court date is scheduled for February 2022.

While the case continues to play out, Marik’s attorney also says his hospital privileges have been suspended at Sentara Norfolk.

Dr. Marik’s attorney Fred Taylor said that their fight is not yet over and they are weighing options.