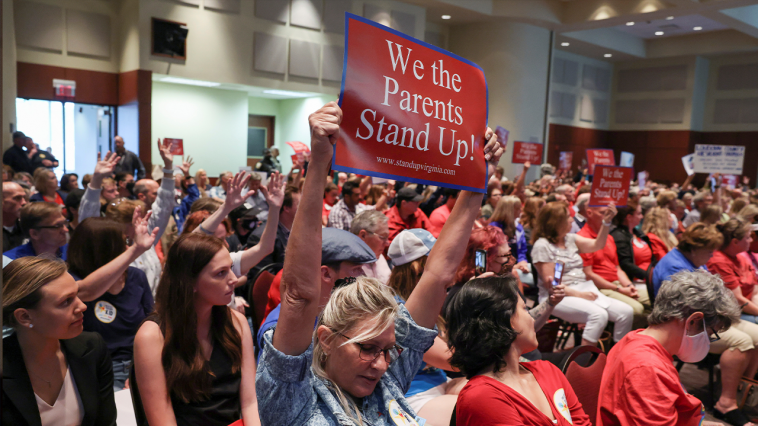 The National School Board Association, which apologized last year for a letter asking the Justice Department to investigate protesting parents as “domestic terrorism,” has concluded a review of the debacle and promised that it will not happen again.

“The letter directly contradicts our core commitments to parent engagement, local control, and nonpartisanship,” NSBA executive director & CEO John Heim said in a statement announcing the conclusions. “The sentiments shared in the letter do not represent the views or position of the NSBA. The NSBA does not seek or advocate for federal law enforcement intervention at local school board meetings.”

The independent investigation placed the blame for the Sept. 29, 2021, letter squarely on Chip Slaven, who was then interim CEO and executive director of NSBA. Slaven “was behind the Letter, both in origin and substance,” the report released Friday states, and coordinated with a senior education advisor at the White House on the letter’s release.

Slaven wrote the letter in “response to the growing tensions at local school board meetings made manifest by the divide in public opinion in the then-ongoing debate about when and how public-school students should return to in-person instruction” following the COVID-19 pandemic lockdowns, the NSBA report said.

Miguel Cardona speaks after President-Elect Joe Biden announced his nomination for Education Secretary at the Queen theatre on December 23, 2020 in Wilmington, Delaware. Cardona, the Connecticut Education Commissioner, will face the urgent task of planning to reopen schools safely during the COVID-19 pandemic.  (Joshua Roberts/Getty Images)

The investigation reveals weeks of collaboration between NSBA staff, under Slaven’s direction, and members of the Biden administration — especially with Mary Wall, senior advisor to President Biden. Wall and Slaven exchanged emails and had a phone conversation to discuss the request. In one Sept. 21 email, Wall asked to see the letter in advance so she could discuss it with other White House offices and the Justice Department.

However, the investigation did not find any evidence that the Department of Education or the Biden administration specifically requested the letter. Though Slaven had communicated with Education Secretary Miguel Cardona and shared examples of “inappropriate” parent activism at school boards, the investigators “did not find communications between the [Education] Department and the NSBA… specifically requesting the NSBA make an official request for aid or federal intervention.”

After sending the letter to the White House requesting “federal law enforcement monitor and, potentially, intervene in local school board meetings across the country,” the highest levels of the Biden administration responded, with “positive and cooperative feedback.”

“In less than a week, Attorney General Merrick Garland issued a memorandum to federal law enforcement officials directing federal agencies to act consistent with relief requested in the Letter,” the NSBA report states.

President Biden personally called one of the signers of the letter, Viola Garcia, who was then the president of the NSBA board of directors. The Biden administration tapped Garcia to a federal board overseeing student progress.

On Oct. 4, 2021, Garland released his memo initiating “a series of measures designed to address the rise in criminal conduct directed toward school personnel.” The following day, Biden “called Dr. Garcia and thanked her for letting him know what was happening at the local level and for Dr. Garcia discussing the letter on television,” the report says.

Garcia told the NSBA investigators that “she was reluctant to discuss the call because of the perception that the NSBA was ‘in cahoots essentially with the Biden Administration on this Letter.”

On Oct. 7, Wall, who had several emails and a call with Slaven as he was drafting the letter, emailed Slaven again to express that “we have your back, and we’re exploring every avenue we can.”

Garcia was announced as Biden’s pick for the federal board on Oct. 13, but the NSBA investigators did not find any connection between the letter and her appointment.

The negative reaction to the letter and Garland’s memo was swift. Parent advocates condemned the comparison to domestic terrorists, and Republican politicians called on Garland to resign.

State school board associations also condemned the NSBA’s letter, and multiple states removed themselves from the national organization.

SCHOOL BOARD GROUP ASKS BIDEN TO USE THE PATRIOT ACT AGAINST PARENTS OVER OPPOSITON TO COVID MEASURES, CRT

One of the letter’s requests involved using the controversial post-Sept. 11 bill the PATRIOT Act to prosecute parents accused of violence against school boards. Slaven clarified a draft of the letter so it was certain he was asking for the act to be used on threats he saw domestically. In his interview with the NSBA investigators, Slaven “expressed that he edited the letter to clarify that the request to utilize the PATRIOT Act was not with regard to al Qaeda or foreign adversaries, but with regard to the fact that ‘we were concerned over folks here in this country.’”

“Notably, Mr. Slaven’s drafting, directing, approving, and sending of the Letter did not explicitly violate NSBA policies or procedures,” the report states. NSBA board members knew that staff routinely advocated with public officials without direction from the board or other governing committees. However, the letter represented a unique form of advocacy in terms of length and specific requests to the president.

Most of the staff at NSBA, as well as the board of directors, were unaware of the letter while it was being drafted, That didn’t violate the processes of NSBA at the time, the report concluded, but does represent a risk factor for the organization, according to the current NSBA president.

People gather to protest different issues including the board’s handling of a sexual assault that happened in a school bathroom in May, vaccine mandates and critical race theory during a Loudoun County School Board meeting in Ashburn, Virginia, U.S., October 26, 2021. Picture taken October 26, 2021. (Reuters/Leah Millis)

“Sending the letter without full Board approval highlighted a concerning lack of internal process and accountability and harmed the mission of our organization,” Heim said. “While the events as recounted in the review are unfortunate, there are a number of important takeaways that will help our organization as we move forward.”

The report did conclude that a draft of the letter was shared with the NSBA officers, but the full NSBA board of directors did not learn of it until after it had been sent to the White House.

“We regret that we did not review the letter more closely at the time,” NSBA board president Frank S. Henderson, Jr. said. “We apologized in 2021 and acknowledged that the letter should have never been sent—the sentiments shared do not represent the Board’s views or the views of the NSBA. We are focused now on implementing processes to ensure this does not happen again.”

The NSBA said the review and changes to the organization will help it return to its core commitments of nonpartisanship, advocacy for local control of public education, and commitment to parental engagement in public education.

Since the letter, NSBA says it has implemented new protocols for communication with Congress and the federal government, and has adopted belief statements stressing nonpartisanship and that “school boards must lead through community engagement, particularly with parents and guardians of the students they serve.”

Nicole Neily, president of Parents Defending Education, said the investigation shows an inexcusable breach of trust by the Biden administration.

“As a result of the NSBA’s internal investigation, the American people now know that Biden Administration officials did indeed work with NSBA on the since-retracted letter requesting federal intervention in school board issues,” Neily said. “It is inexcusable that a senior White House advisor would have the audacity to collaborate on a public request to use the Patriot Act against families; this is, quite literally, a betrayal of trust by the highest levels of government. While a number of questions remain – including the extent of Secretary Cardona’s involvement in this scandal – it is our hope that the individuals involved are held accountable for this betrayal of public trust.” 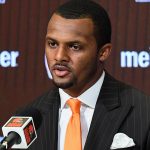 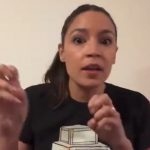