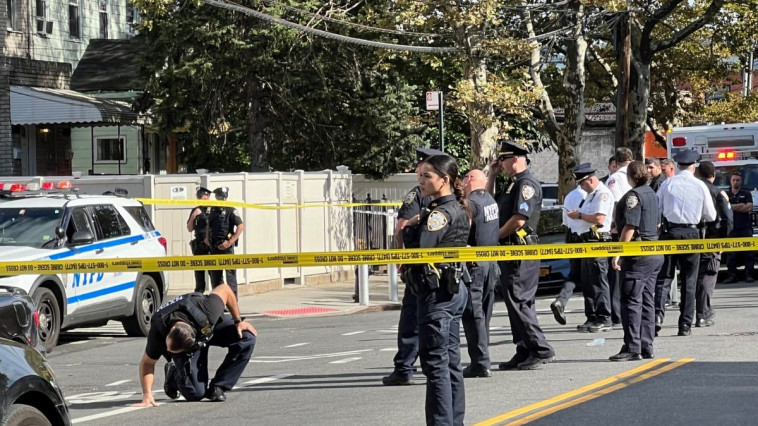 Two Democratic New York City leaders this week urged small business owners to try to deescalate situations instead of calling the police days before a man stabbed an on-duty EMS worker to death.

The public safety tip sheet tweeted by Queens Councilwoman Tiffany Caban and Zohran Kwame Mamdani, a member of the state assembly, urges merchants to dial 311, seek mental health services for people with mental illnesses, and engage in “community mediation” instead of calling authorities.

“We’re distributing them to local businesses, so our neighborhood is equipped with better ways of solving problems than simply summoning police every time a challenge arises,” Caban tweeted Tuesday.

In addition to calling 311, the poster urges small business owners encountering conflict to use one of the five “Ds” of intervention: Direct, meaning directly intervene by saying no or using “I” and “We” statements, Delegate, Distract, Delay and Document.

Fox News has reached out to the offices of Caban and Mamdani.

“Are you kidding me?! … Who does she want us to call, Ghostbusters?” she said. “Look at the EMS worker who was killed. It’s a disgrace. We have to start working with the police department, not against it. We want to build a community not destroy it and the police have to be part of that.”

Guardian Angels founder Curtis Sliwa told the newspaper it was “complete insanity” to tell merchants and citizens to call 311 instead of the police.

Caban celebrated the poster two days before Alison Russo-Elling, a 24-year veteran of the New York Fire Department, was stabbed to death in Astoria, Queens, near the station where she worked as an EMS lieutenant.

Russo-Elling, 61, was on shift at EMS Station 49 in Astoria when she was stabbed multiple times Thursday in a “barbaric and completely unprovoked” attack near 20th Avenue and Steinway Street, FDNY acting commissioner Laura Kavanagh said in a joint news conference Thursday.

The deadly attack happened at approximately 2:15 p.m. while she was walking to get food. She was in uniform and clearly identified as an EMS member.

Peter Zisopoulos, 34, is in custody and has been charged with murder and criminal possession of a weapon.