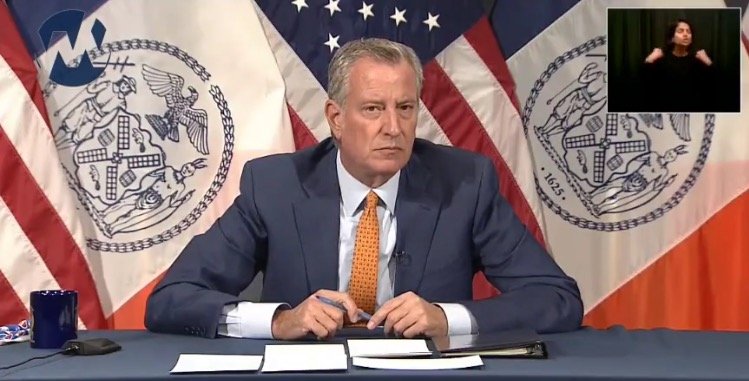 Meanwhile in the Democrat hellhole of New York City…

“At what point will you ask them to also start checking vaccine cards for 5-11 year olds?” a reporter asked de Blasio on Monday.

“That’s a very good question and one we need to focus on now,” de Blasio said. “We know it will take a while.”

The CDC recently approved Covid vaccines for children ages 5-11 even though kids are at virtually zero risk of dying from the China Coronavirus.

There are approximately 500 children who die every year from the seasonal flu.

Each year over 1200 children are killed in roadside fatalities.

According to the most recent data from the Chicago Police Department and the CDC, the number of children that have been shot this year in the Windy City is much higher than children who have been killed by the virus NATIONWIDE since the beginning of the pandemic.

According to Fox: “More children have been fatally shot in Chicago alone than have died of COVID-19 in the entire state of Illinois.”

A couple weeks ago the FDA admitted they don’t know the long term risks to children.

“We’re never gonna learn about how safe the vaccine is until we start giving it,” one of the FDA’s voting members said a couple weeks ago.

“We’re never gonna learn about how safe the vaccine is until we start giving it.”