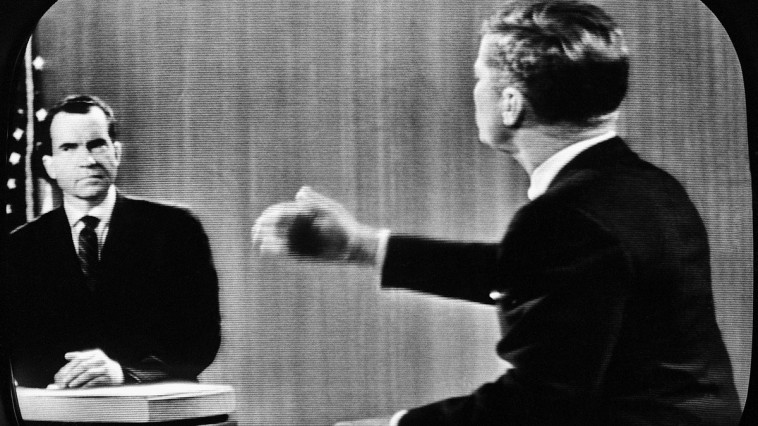 American political and broadcast history unfolded on this day in history, Sept. 26, 1960, as Vice President Richard Nixon, a California Republican, and Sen. John F. Kennedy, a Massachusetts Democrat, debated on television before a national audience.

The nation’s first-ever televised presidential debate was held in Chicago and broadcast on CBS. The candidates squared off on television three more times that year before the election of Nov. 8, 1960.

The events “shifted how presidential campaigns were conducted, as the power of television took elections into American’s living rooms,” the National Constitution Center points out.

ON THIS DAY IN HISTORY, SEPT. 23, 1806, LEWIS AND CLARK RETURN TO ST. LOUIS AS HEROES AFTER JOURNEY

“The debate [on Sept. 26, 1960] was watched live by 70 million Americans and it made politics an electronic spectator sport,” the same source said.

“It also gave many potential voters their first chance to see actual presidential candidates in a live environment, as potential leaders.”

Nixon was one of the most popular politicians in U.S. history before his presidency and reputation were toppled by the Watergate scandal in 1974.

He was Dwight Eisenhower’s running mate when the GOP easily defeated Democrat challengers in the 1952 and 1956 elections (winning 80 of 96 possible states).

ON THIS DAY IN HISTORY, AUGUST 2, 1943, JFK SAVES PT-109 CREW AFTER COLLISION WITH JAPANESE DESTROYER

JFK was a World War II hero and the most charismatic figure of the burgeoning Kennedy political dynasty.

He proved Nixon’s most formidable foe, handing the vice president his only major national election defeat in the 1960 presidential election.

The margin of victory was shockingly slim.

Television may have proved the deciding factor in Kennedy’s win, according to many political pundits.

Kennedy’s bright and ready smile shined on black and white TV — and viewers thought he generally appeared more at ease.

Nixon had suffered a knee injury on the campaign trail in August, which became infected and put him in the hospital.

He also was suffering the flu just before the debate, had reinjured his knee on the way into the studio and refused to wear TV make-up.

Nixon dabbed sweat from his brow during the broadcast.

The effect was dramatic: The vice president looked sickly and frail, while the senator appeared vibrant and healthy.

“While most radio listeners called the first debate a draw or pronounced Nixon the victor, the senator from Massachusetts won over the 70 million television viewers by a broad margin,” the same source notes.

President Lyndon B. Johnson refused to debate in 1964 (he won that election over GOP nominee Barry Goldwater) — while Nixon also declined to debate in both the 1968 and 1972 elections, according to History.com