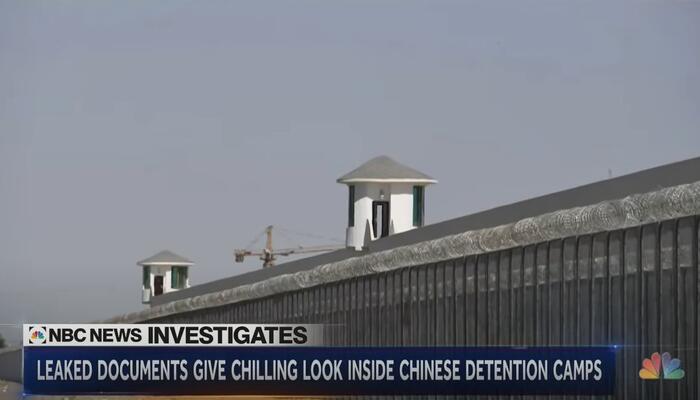 CNN.com on Wednesday published an op-ed on the brutal repression of the Chinese communist government against the Muslim Uyghurs. That’s good, right? Well, keep reading. The liberal media outlet also offered a pathetic “editors note” full of commie propaganda watering down the “allegations of crimes” against China. It was so bad that CNN has scrubbed it from the site and replaced it with a much gentler note.

CNN published a piece by Nury Turkel, a Hudson Institute fellow, about his experiences with Chinese repression. It was titled, “I was born in a Chinese ‘reeducation camp.’ I’m watching history repeat itself.”

But here’s the galling “editor’s note” that the journalists at CNN attached:

Editor’s note: Nury Turkel is a senior fellow at Hudson Institute, vice chair at the US Commission on International Religious Freedom and fellow of the Renew Democracy Initiative’s Frontlines of Freedom project. The views expressed in this commentary are his own. View more opinion on CNN.

Here’s some of Turkel’s column that CNN tried to water down:

Now, some half a century later, China is targeting the Uyghur population with a new fervor. According to the US Department of Defense, China has detained possibly as many as 3 million Uyghurs in detention camps. Meanwhile, based on satellite imagery, CNN reports China has been destroying traditional Uyghur cemeteries. And, according to the accounts of several Uyghur women, it is incorporating an extensive forced sterilization program.

Having experienced the reality of living under this regime, and now watching with horror as these atrocities are visited on my Uyghur brothers and sisters, it’s difficult for me to comprehend how any Western actor could push for greater dialogue or engagement with such a regime. 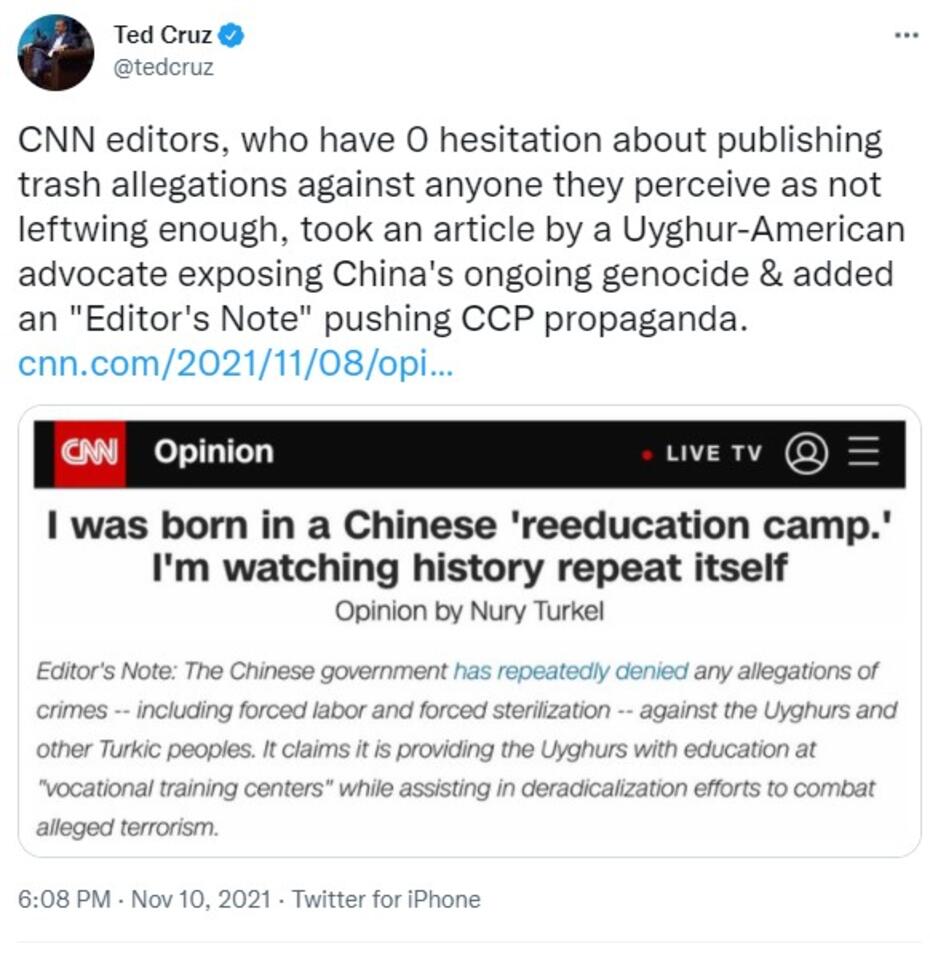 Sadly, corporate whoring for China, at the expense of human lives, is not new for liberal outlets. In September of 2020, ABC’s Good Morning America repeatedly pushed the movie Mulan, owned by corporate parent Disney. Yet, when ugly news broke that the movie filmed near brutal Chinese concentration camps, ABC censored the story.

For years, The Washington Post published a paid supplemental section entitled ChinaWatch by the publicity department of the country’s repressive regime, China Daily. The paper kept publishing it even after the country’s brutal crackdown on Hong Kong.

The October 30, 2019 supplement to the print Washington Post featured a story literally put together by communists. It began, “China in its New Era has an increasingly significant role on the world stage as it marks the 70th anniversary of the founding of the People’s Republic.” A quote by China’s president, XI Jingping, followed, praising mass killer Mao Zedong:

Seventy years ago on this day, Comrade Mao Zedong solemnly declared here to the world that the People’s Republic of China was founded and the Chinese people had stood up.

Liberal media outlets may be very skeptical of anything conservative or Republican related. But when it comes to brutal communists, they believe everything they are told