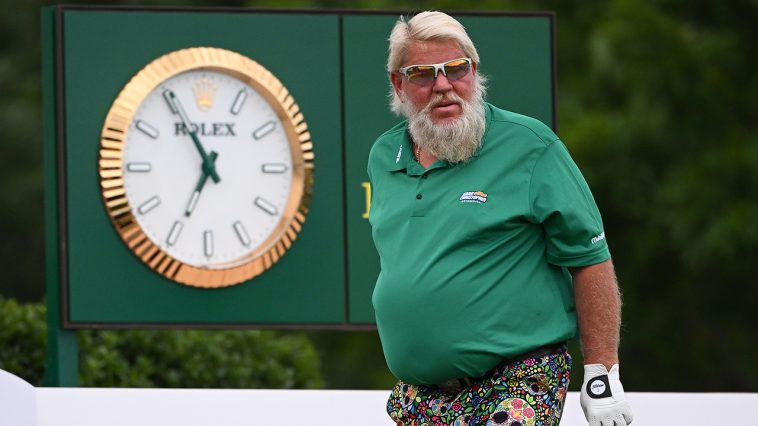 John Daly will likely miss the cut at the PGA Championship, but that doesn’t mean he’s not enjoying himself in Tulsa, Oklahoma, during the first two rounds of the major.

On Thursday, Daly was the leader in the tournament for a brief moment after he birdied the first and fifth holes to start the event. It was enough for golf fans to cheer him in through the event. He finished the first round shooting a 72 –just off the lead.

John Daly of the United States drives his cart to the 17th hole during the second round of the 2022 PGA Championship at Southern Hills Country Club on May 20, 2022 in Tulsa, Oklahoma. (Christian Petersen/Getty Images)

Daly had three birdies and five bogeys on the day.

In between the first and second rounds, Daly was spotted taking in all the surrounding area has to offer.

According to TMZ Sports, Daly had dinner at a local Hooters restaurant and hit up a casino. He spotted with a pack of cigarettes and a Diet Coke while he plays the slots.

John Daly of The United States plays his second shot on the 16th hole during the first round of the 2022 PGA Championship at Southern Hills Country Club on May 19, 2022 in Tulsa, Oklahoma. (David Cannon/Getty Images)

He told TMZ, however, he didn’t have any luck.

“The slots weren’t hitting,” he said.

In Round 2 of the PGA Championship, Daly shot a 76, finishing 6-over par for the round. When he finished up he was below the cut line, and it appeared his weekend was going to be over before it really got started.

He was 8-over par for the tournament after the second round.

As Daly was going through his first round, a story about him went viral on social media. CBS Sports NFL writer Will Brinson recalled a time he was covering Daly for the 2008 Wyndham Championship.

John Daly of the United States looks on from the first tee during the first round of the 2022 PGA Championship at Southern Hills Country Club on May 19, 2022 in Tulsa, Oklahoma. (Ross Kinnaird/Getty Images)

Brinson tweeted he never saw Daly put away an ounce of water during a practice round before the tournament. 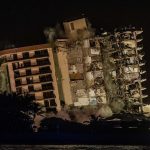 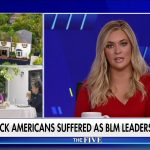