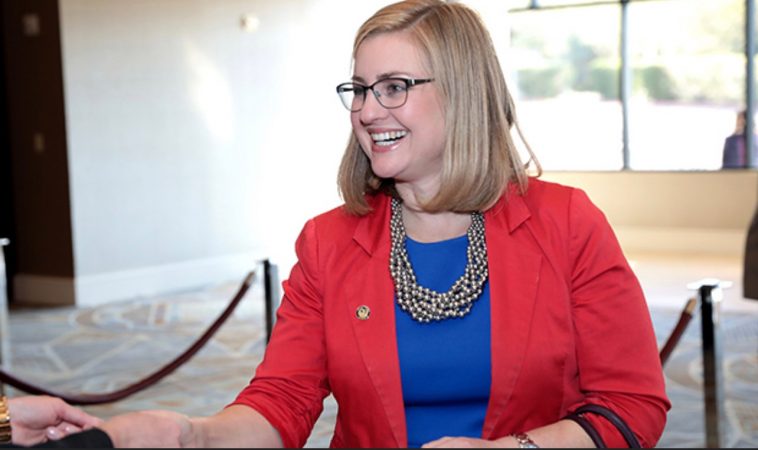 Last Thursday, the city of Phoenix announced a vaccine mandate for all employees of America’s fifth-largest city.

They are trying to weed out the uncontrollable and take away our public safety in the name of “public health”.

“I think this federal program is going to save lives,” Gallego said Friday, one day after the January 18 vaccine deadline was announced.

Phoenix’s 13,000 city employees must be fully vaccinated within the next two months or risk losing their jobs. The requirements were spelled out in a memo to employees Thursday.

City managers claim that because Phoenix has so many federal contracts, the city is considered a federal contractor. Phoenix claims that Joe Biden’s vaccine mandate applies to the city as a whole.

“For example, all of our contracts are ultimately signed by the city manager,” explained Phoenix’s Assistant City Manager Lori Bays. “The city manager works at City Hall and therefore all employees at City Hall are required to be covered under that stipulation.”, according to ABC.

This will not save lives.

Phoenix police are not federal contractors. They are city employees.

Radical Kate Gallego has been actively working to defund the Phoenix Police Department for over a year despite the enormous spike in domestic violence, gang violence, and murders in the dangerous city.

The Phoenix Police Department is already severely understaffed and underfunded.

In August, AZ Big Media ranked Phoenix as number one in population growth and reported that the current population of Phoenix is 1,708,127, up by 262,495 people since 2010.

As of October 13, 2021, the number of sworn officers in the department dropped to 2,776 and the city council only authorizes funding for 3,125 officers, according to KJZZ. City council members have even referred to the low law enforcement staffing levels as “a crisis.”

As the population and soared 18%, the number of law enforcement officials has declined.

Now, the vaccine mandate on city employees will serve as a backdoor to defunding the police.

Phoenix City Councilman Sal DiCiccio calls this a “witch hunt against our public safety”. “We are not federal contractors,” said DiCiccio, “This is a bunch of bs.”

You want to know the truth behind the City of Phoenix vaccine mandate? Listen to my interview with 92.3

Hint: This is a witch hunt against our public safety. https://t.co/Ut1q5clF9P pic.twitter.com/pGJN6K5QfP

Tyrant, Kate Gallego refuses to answer any questions about the lawless mandate.

NEW: the mayor of the 5th largest city in the US won’t answer questions about a vaccine mandate just put in place with the @CityofPhoenixAZ @MayorGallego would not answer a single ? about the mandate that was announced on Thursday.

All employees must be vaccinated by 1/18/22 pic.twitter.com/V19zqc4dzP

We will be getting a new legislator today, removing any excuse for not having a #SpecialSessionNow to address all of the issues that are before us that cannot wait until January. With Phoenix implementing a vax mandate, it is more important than ever to move now.

The stolen election also needs to be addressed.

As The Gateway Pundit reported, we still do not even know who really won the 2020 election because of the numerous law violations, unanswered questions, and fraudulent ballots that were cast.

The Gosar Minute: “We Still DON’T Know Who Won The Election In Arizona – President Trump Is Right To Be Calling For Fair Elections And Decertification.” (VIDEO)

Arizona Attorney General Mark Brnovich needs to enforce the laws that were violated during and after the 2020 election by arresting those responsible.