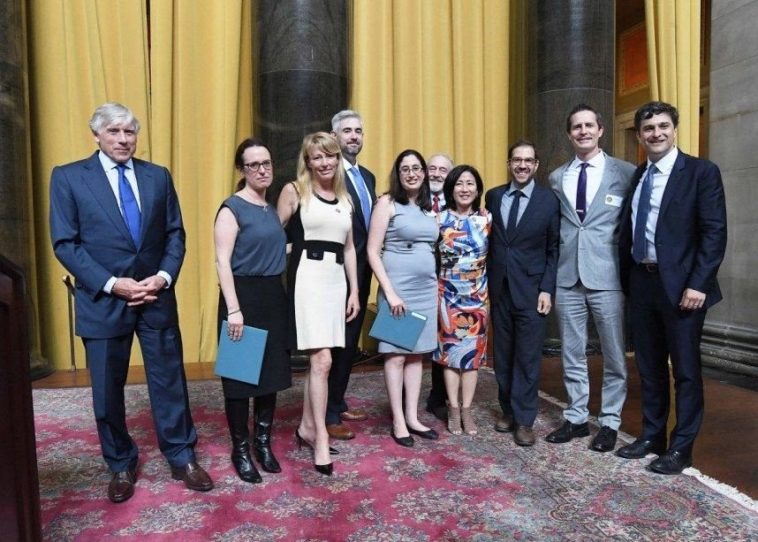 In July 2020 documents were released by the Senate Judiciary Committee regarding the Russia collusion hoax.

The second set of documents exposed the outlandish New York Times story that the Trump team had “repeated contacts with senior Russian intelligence officials.”  The declassified documents reveal The New York Times reporting was transparently dishonest and attempted to fuel the Russiagate narrative in its early stages.

The entire Trump-Russia collusion narrative was a lie.  The Democrats and media knew it was a lie.  We now know that the Hillary Clinton Campaign was behind the entire narrative.  Democrats used this in their attempted coup of the sitting president.  They jailed and bankrupted innocent men in their coup attempt.

The New York Times along with the Washington Post later won Pulitzer Prizes for their junk Trump-Russia collusion reporting that was later confirmed to be factually inaccurate and misleading.
If these outlets had any integrity they’d return their phony prizes.

Hillary Clinton-linked Perkins Coie lawyer Michael Sussmann was indicted for lying to the FBI about not representing “any client” when he acted as a running dog for Hillary. Sussman tipped off the bureau about the Trump Organization secretly communicating with Russian Alfa Bank.

According to a debunked story published by far-left Slate, Trump set up a secret server at Trump Tower on 5th Avenue to “communicate privately with a Putin-tied Russian bank called Alfa Bank.”

The FBI began investigating the Trump Organization’s “back-channel” with the Russian-owned bank after Sussmann ran to the FBI and presented data files to back up the claims.

It was all a lie and Hillary hatched the lie and then later promoted the lie.

And The New York Times and Washington Post acted as lapdogs for the left in promoting the fake news for 4 years as a coup against President Trump. On Tuesday the Trump Organization threatened lawsuit against the Pulitzer Committee and demanded the organization revoke the 2018 journalism award from the Washington Post and New York Times.

The Trump Organization also demanded the Pulitzer Committee correct their bogus reports that are still posted on their website.

Here is a copy of that letter.