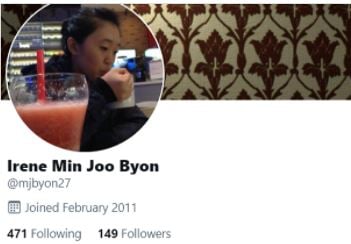 Judge: “I have instructed that no one from MSNBC will be allowed into this building for the duration of the trial.”

The Kenosha Police Department announced this morning that they took a suspect into custody last night.

The person was working for a national media outlet and was suspected of trying to photograph jurors.

There was no breach of security regarding the jury, nor were there any photographs obtained. This investigation remains active and open, no further information.

The suspect was from MSNBC — what a shock.

The reporter’s name is James Morrison and the MSNBC producer is named Irene Byon.

The producer alleged to have instructed James Morrison to follow the Jury bus….. is said to be Irene Byon

Although their Twitter account is apparently gone? I archived Google Cache copy that confirms Irene Byon has been w/ NBC in some capacity. https://t.co/j3JH0R7Nj6 pic.twitter.com/ERaFQxHLz0

Someone tweeted Irene’s linkedin at me so there’s that

According to that they got their NBC News New York job in August of this year pic.twitter.com/f3INLKsTjU