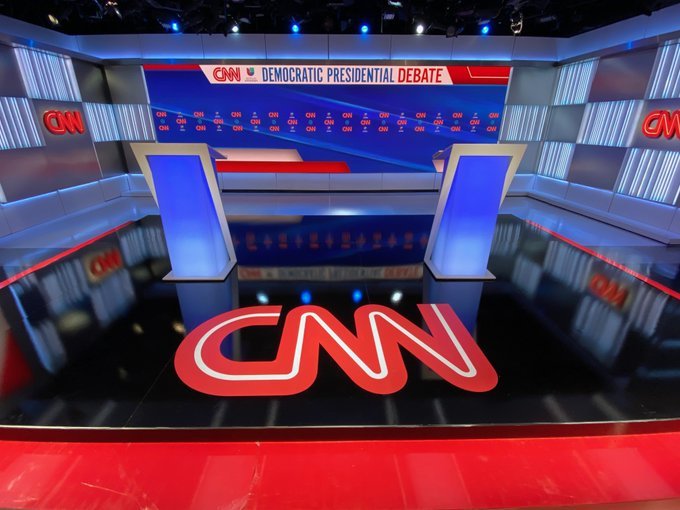 CNN is in trouble.

In the month of October, almost every program failed to average 1 million viewers.

They lost to both Fox News and MSNBC.

The only thing spookier than Halloween for CNN is the network’s freefalling viewership.

During the month of October, nearly every single program failed to average 1 million viewers, according to Nielsen data. This marks historic lows for the so-called “most trusted name in news.”

The only two exceptions during the 31 days were the 90-minute Biden town hall, which still came in third place behind Fox News and MSNBC averaging only 1.2 million viewers, and the 30-minute “Cuomo Prime Time” that aired immediately after with 1.1 million.

CNN averaged a devastating 480,000 in total day viewership in October, a whopping 76% drop from January amid the chaotic transition from President Trump to President Biden. Fox News averaged 1.4 million and maintained its total day viewership from earlier this year while MSNBC averaged 657,000 viewers in October, resulting in a 61% drop from January. The network lost 14% of its viewers from September.

CNN’s weeknight primetime lineup didn’t fare much better, averaging just 733,000, an astonishing 78% drop from January. MSNBC averaged 1.5 million viewers in primetime, losing over half of its audience since January. Meanwhile, Fox News dominated with 2.6 million viewers, marking only a 14% decrease from the turbulent weeks leading up to Biden’s inauguration.

A new report deals more bad news to those at CNN.

According to Jon Nicosia, CNN is planning on firing a “good number” of talent/staff.

According to Deadline, Discovery chief David Zaslav – who is widely expected to assume stewardship of CNN after its merger with WarnerMedia is complete – has kept his public comments on the failing news network close the the vest. When asked by Deadline what he thinks will happen with honcho Jeff Zucker, Zaslav said “Jeff’s a good friend and I like him a lot.”

But according to Jon Nicosia – former Mediaite and IJR managing editor (and former breaking news editor at the DC Examiner) – CNN is going to revert to a 100% news channel, and a “good number” of CNN’s “talent/staff” will be fired as part of a major shakeup.

He has to do something dramatic. If merged today ‘Shark Week’ would eclipse every show on @cnn by a mile.

Also. Like a cruise liner sinking, watch the ‘current’ CNN comms dept and mgmt deny this right until the end.