A Hawaii teacher has been arrested on child pornography charges.

Prosecutors said that Alden Bunag sent illegal images and video to a teacher in Philadelphia on the mainland and admitted to sex with a 13-year-old student, according to KHON-TV.

Bunag has the same name as a Twitter poster who says he lives in Hawaii and identifies himself as a “Socialist high school teacher fighting for a better society for my students to graduate into. Artist, dancer, singer, photographer, writer, creative educator.”

Bunag is in custody after a court appearance on Thursday.

According to court records, he has admitted to filming sexual encounters with a 13-year-old and sending videos of the sessions to others.

“Bunag claimed to have sex with (the boy) at the school during lunch breaks… Described (the boy) as a former student and knew that he was a minor at the time,” court documents said.

Court documents said that Bunag and the teacher in Philadelphia exchanged more than 3,300 images and video files. The Philadelphia teacher was arrested in October.

According to KITV-TV, the crimes of which Bunag is accused took place from November 2019 through October 2021.

Do we need to do more to protect our children?

The investigation started with a tip that led federal investigators to the Philadelphia teacher in July of 2021.

“It’s telling how the suspect confessed to the crimes. That goes to show how a lot of times when people are involved in these kinds of crime, they do think they can get away with it,” Doug Chin said, a former state attorney general.

Chin said many of those who promote child pornography have otherwise clean records.

“Oftentimes, they have no other contact with a law enforcement system and that shock actually results in a pretty quick confession, which appears to be what happened here,” Chin said.

“In order to be able to crack down some of the most frightening and scary people in our community which is people who prey upon children and do so for sexual purposes,” he said.

“Many people who are attracted to children or suffer from pedophilia, they do seek out job positions or employment where they’re around children,” criminal defense attorney Victor Bakke said, according to KHNL-TV.

“It is just a sign of the times when people with like interests can find each other and engage in this type of activity and discussion,” he said.

A picture of this sick fuck should be up so we can know what he looks like. 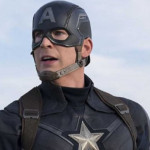 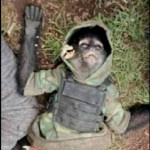