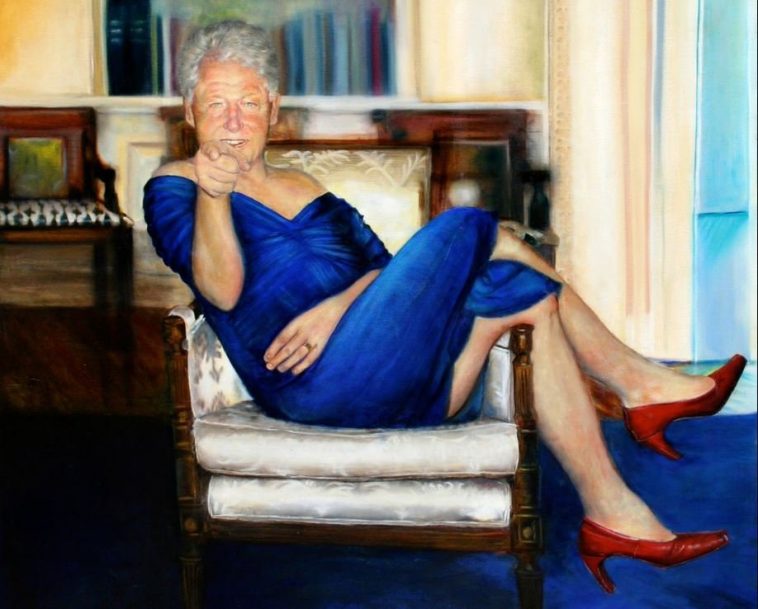 A new report found that convicted pedophile Jeffery Epstein visited the White House under Bill Clinton at least 17 times between 1993 and 1995.

The Gateway Pundit reported that the Ghislaine Maxwell trial has begun but it is being led by an Obama-appointed judge. This judge was involved in the lost video incident from the jail that purportedly showed Epstein trying to kill himself in his so-called first suicide attempt.

Ghislaine Maxwell Trial Begins with a Obama Judge and Jim Comey’s Daughter Prosecuting – Will Ties to FBI and US Government Be Revealed?

Ghislaine Maxwell, Epstein’s alleged “partner in crime” was also present at many of these visits with former President Bill Clinton.

“I Was Frozen In Fear:” Epstein Victim Testifies That Ghislaine Maxwell Was Present and Participated in Sex Abuse – Heiress Allegedly Began Grooming Victim Starting at 14

The documents, released as part of a FOIA request, show Epstein was admitted as a guest on 14 separate days and on three occasions made two visits in a single day

The vast majority of Epstein’s visits were to the West Wing, suggesting he was meeting the president

The late financier was invited by some of Clinton’s most senior advisers and aides, including Robert Rubin who later served as Clinton’s Treasury Secretary

While Epstein’s crimes did not become public knowledge until his 2006 arrest, the visits would have occurred around the time his alleged madam Ghislaine Maxwell was allegedly procuring underage girls for him

According to logs, Epstein was first admitted as a guest in February 25, 1993 – just a month after Clinton’s inauguration – after being invited by Robert Rubin, at the time Assistant to the President for Economic Policy

He next visited on September 29, 1993 for a reception organized by the White House Historical Association after he donated $10,000, which he was photographed attending with Ghislaine Maxwell

The Gateway Pundit reported that out of Bill Clinton’s 27 flights on Epstein’s private plane, the Lolita Express, Investigative reporter Conchita Sarnoff said ALMOST EVERY TIME, via the pilot logs there were underage girls on the plane.

Epstein Victim: New Mexico Ranch Where Clintons Stayed “Had Computer Rooms the Size of Houses” to Spy on Guests

Recently, the FAA accidentally revealed data on over 700 previously unknown Jeffrey Epstein private flights between 2013 and 2016. How many more flights are not publicly known yet?

The story of Epstein is beginning