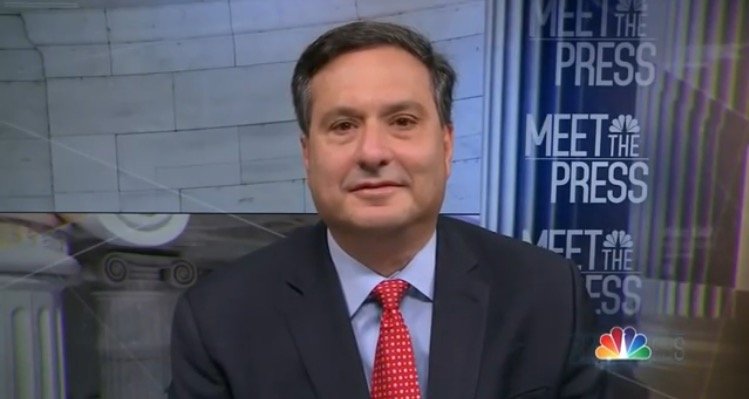 In September the Biden Regime dropped the iron fist on the private sector and mandated all employees get jabbed or tested weekly for Covid… OR ELSE.

In addition to telling all 2.1 million federal employees to get jabbed or face firing, the Biden regime mandated all companies with 100+ employees to either test workers or prove they are vaccinated.

Small businesses that do not comply with the Biden Regime’s new Covid mandates will face hefty fines.

The mandate was supposed to go into effect January 4, 2022.

However the U.S. Court of Appeals for the Fifth Circuit on Friday evening upheld its decision to put a halt on Biden’s vax mandate for businesses with 100 employees.

Right after Biden announced his vax mandate in September, his dirt bag Chief of Staff Ron Klain retweeted MSNBC’s Stephanie Ruhle bragging that OSHA enforcing the mandate was the “ultimate work-around for the federal government.”

Courts consider intent and purpose of policies so Klain’s retweet admitting the OSHA rule was a “work-around” to implement the illegal mandate immediately put Biden’s vax agenda in jeopardy.

“The retweet was breathtakingly daft on the eve of litigation over the order. It is reminiscent of President Biden admitting that his own White House counsel and their preferred legal experts all said that the eviction moratorium extension was likely unconstitutional,” Jonathan Turley told Fox News in September.

“Courts will now be asked to ignore the admission and uphold a self-admitted evasion of constitutional limits,” Turley added. The “problem is that the thing being ‘worked around’ is the Constitution.”

“Klain effectively became a witness for the challengers in labeling the order an evasion or subterfuge designed for the courts. Klain leaves the courts in the unenviable position of ratifying an order that the Administration admits is a mere work around to evade constitutional limits. It is akin to claiming self-defense in an assault case while saying that it was the best way to shoot the guy,” Turley said. Klain’s retweet made an appearance in the 5th Circuit Court’s ruling on Friday.

A Ron Klain retweet makes an appearance in the 5th Circuit ruling on the OSHA rule. pic.twitter.com/4zvJCRrYK1

The appeals court also said the mandate “exposes [petitioners] to severe financial risk” and “threatens to decimate their workforces (and business prospects).”