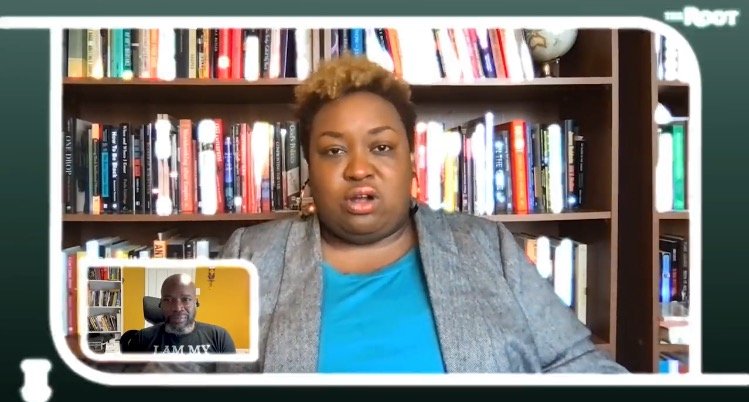 Black and brown people happily co-existed and sailed around the world until whites came along and destroyed the world with violence,  Cooper told left-wing rag The Root in September.

“White people showed up being raggedy and violent and terrible and trying to take everything from everybody,”  the 41-year-old tenured professor argued. “White people are committed to being villains.”

Rutgers professor: “White people are committed to being villains,” “We gotta take these MF’ers out.”

This professor spewed hatred on a YouTube video with @TheRoot. pic.twitter.com/QrGsv77CCC

“We gotta take these motherf**kers out,” she continued, “but like, we can’t say that, right?”

While a white professor would be immediately fired and denounced for uttering similar remarks about non-white people, Cooper’s racist paradigm is resoundingly shared and heralded by her colleagues. Rutgers’ branch of the American Association of Professors and American Federation of Teachers issued a statement on Friday characterizing public outrage over Cooper’s bigoted remarks as a “racist” smear campaign.

“Over the past week, our colleague Brittney Cooper has come under a renewed wave of racist attacks for her public scholarship. We wish to express our unequivocal solidarity with Dr. Cooper, to affirm our support of her academic freedom, and to decry the harassment and intimidation she now faces, including threats of physical violence fueled by a media smear campaign,” the Rutgers faculty groups wrote.

Cooper, who argued “white people’s birth rate is going down” and “they kind of deserve it,” is a “renowned and widely acclaimed scholar and public intellectual,” the AAUP-AFT contends in the statement. “This smear campaign is not only an attack on her scholarly integrity but has incited threats to her physical safety.”

“We condemn the use of death threats, racist and sexist hate mail, attempts to threaten job security and attempted cyberattacks,” the faculty groups continued. “These forms of harassment are at once attacks directed at Professor Cooper’s person as well as part of a broader pattern of trying to silence people of color, and particularly Black women, through tactics of intimidation and harassment.”

The BIPOC Faculty Caucus @RutgersU stands in strong solidarity with our friend and colleague, @ProfessorCrunk. pic.twitter.com/JhY6j5xTSm