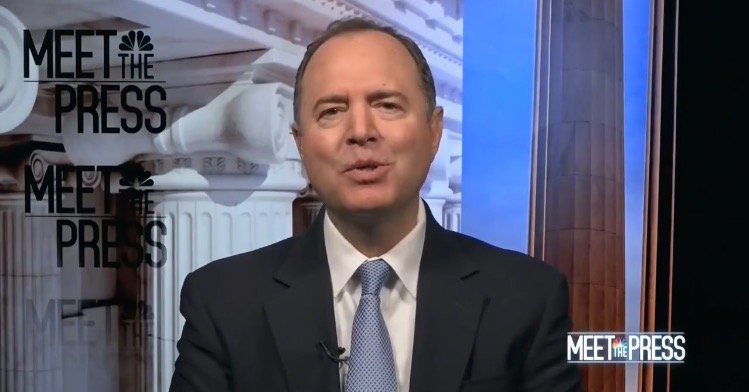 “Do you regret giving credibility to the Steele dossier?” NBC’s “Meet the Press” host Chuck Todd asked Schiff on Sunday.

“I don’t,” Schiff said without hesitation.

TUNE IN: As the chair of the House Intelligence Committee do you regret helping to give the Steele Dossier credibility?

The conclusion that Russia was trying to help Trump “turned out to be all too true,” @RepAdamSchiff says. pic.twitter.com/1IN3Ozwjat

The FBI a couple weeks ago arrested Igor Danchenko, the Hillary Clinton-funded Steele dossier sub-source as part of the Durham investigation.

No one promoted the junk dossier more than House Intel Chairman Adam Schiff.

Serial liar Adam Schiff claimed for years that he had “smoking gun” evidence proving Trump colluded with Russia in order to win the 2016 election.

Schiff even read Hillary’s junk dossier into the Congressional Record.

To this day, Schiff has never produced any evidence to back up his claims but he continued to attack Trump with lies anyway.

Of course Schiff doesn’t regret smearing Trump with the junk dossier because for Communists like him, the ends always justifies the means.