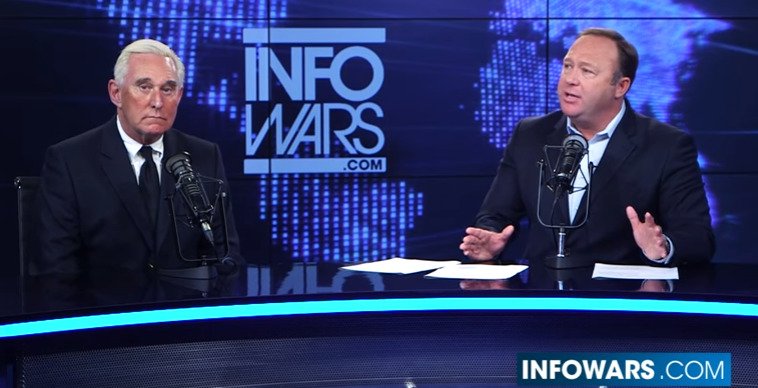 The sham January 6 Committee on Monday issued a new batch of subpoenas to five of Trump’s allies.

Dustin Stockton and Jennifer Lawrence of the “Stop the Steal” movement were also subpoenaed.

Taylor Budowich, Trump’s Comms Director for the Save America PAC was the final person to receive a subpoena on Monday.

“The Select Committee is seeking information about the rallies and subsequent march to the Capitol that escalated into a violent mob attacking the Capitol and threatening our democracy. We need to know who organized, planned, paid for, and received funds related to those events, as well as what communications organizers had with officials in the White House and Congress,” Democratic Rep. Bennie Thompson, chair of the committee said in a statement.

Of course he’s a target.

The House committee investigating the deadly Capitol invasion said Monday it issued subpoenas to Republican political operative Roger Stone and conspiracy theorist Alex Jones, along with three others allegedly connected to the events of Jan. 6.

The other subpoenas were issued to Taylor Budowich, a communications official for former President Donald Trump who reportedly helped advertise the rally; and Dustin Stockton and Jennifer Lawrence, a couple who were reportedly involved in organizing multiple post-election rallies that pushed the false narrative that the 2020 election was rigged against Trump.

The latest batch of subpoenas for documents and testimony targeted individuals believed to have knowledge of the plans and funding for the rallies in Washington on Jan. 6 that preceded the storming of the Capitol, the select committee said.