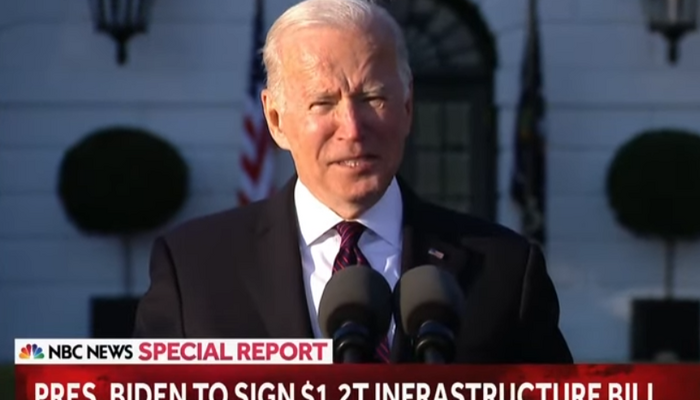 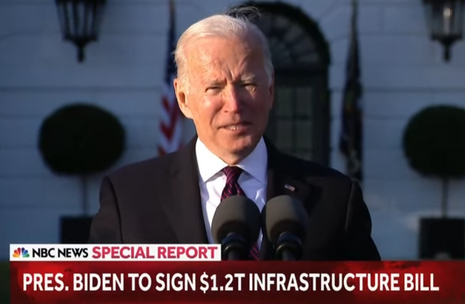 Independent journalist Ralph Vartabedian wrote an eye-opening analysis for The Times critiquing the bill as extremely risky. He cited the major cost escalation problems that plagued one of Honolulu, Hawaii’s infrastructure projects as a case study for how the dilemma with “big infrastructure” is exacerbated when applied nationally.

Vartabedian said the “national spending spree fueled” by Biden’s $1.2 trillion bill “carries enormous risks that the projects will face the same kind of cost, schedule and technical problems that have hobbled ambitious efforts from New York to Seattle, delaying benefits to the public and driving up the price tag that taxpayers ultimately will bear.”

Talk about a buzzkill for media liberals like Joy Behar and New York Times economist Paul Krugman who’ve been whipping out the pompoms for Biden’s infrastructure efforts in past months.

Honolulu, which proposed an “ambitious” rail transit line with an estimated price tag of $4 billion in 2006, has seen the costs reportedly balloon to $11.4 billion. As Vartabedian noted, Honolulu’s problems “signal the kind of cost overruns, engineering challenges and political obstacles that have made it all but impossible to complete a major, multibillion-dollar infrastructure project in the United States on budget and on schedule over the past decade.” 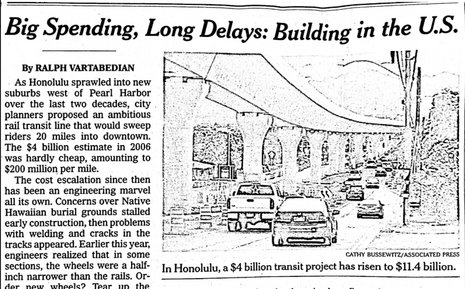 Even though he lauded what he claimed were the Biden bill’s “bold goals,” Vartabedian conceded that it was “unlikely to rescue some existing infrastructure projects that are bogged down with problems.” In addition, “even with the new infusion of money, analysts say it will be tough to ramp up infrastructure progress as swiftly as envisioned in the current timetable,” Vartabedian wrote.

The mistakes, [Flyvbjerg] said, include a lack of transparency to the public, flawed contracts that put government agencies at the mercy of contractors and a failure to attract enough private investment to bear some of the project’s risk. The new infrastructure law, he said, does little to change the outlook. [emphasis added.]