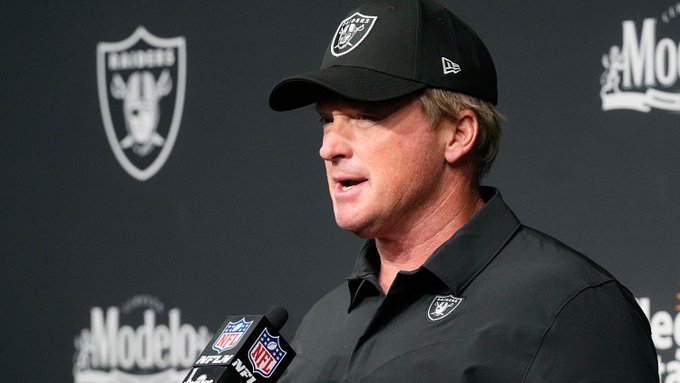 The New York Times obtained a trove of emails showing Jon Gruden made so-called “misogynistic and homophobic” comments over the years.

Gruden lashed out at NFL Commissioner Roger Goodell and called him a “faggot” and a “clueless anti football pussy” according to emails reviewed by the New York Times.

Jon Gruden is suing the NFL and league commissioner Roger Goodell arguing his career was ruined because of a “malicious and orchestrated campaign.”

The lawsuit was filed in the Eighth Judicial District Court in Clark County, Nevada.

Gruden’s lawsuit refers to it as “a Soviet-style character assassination. There was no warning and no process. Defendants held the emails for months until they were leaked to the national media in the middle of the Raiders’ season … to cause maximum damage to Gruden.”