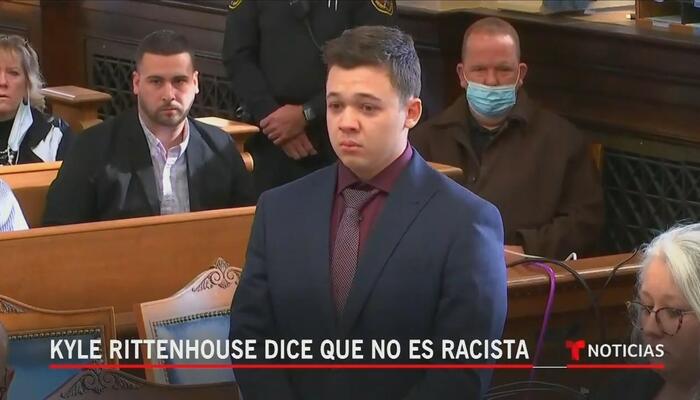 The Telemundo public was dealt a classic case of subliminal messaging between the lines regarding white supremacy during a post-trial report about Kyle Rittenhouse that saved the punchline for the end: he´s only free thanks to a “mostly white jury”.

In a report that aired after Rittenhouse was found not guilty of all charges against him, anchor Julio Vaqueiro underlined racism as the key takeaway from the trial: The young man was “acquitted last Friday in the deaths of two people at a Black Lives Matters protest in Wisconsin,” this while framing the clip with a not too casual “(Rittenhouse) says his case has nothing to do with racism.”

JULIO VAQUEIRO: The young man acquitted last Friday in the deaths of two people at a Black Lives Matter rally in Wisconsin, says his case has nothing to do with racism.

The 18-year-old adolescent killed two people and injured a third at a Black Lives Matter protest in August 2020 in Kenosha, Wisconsin. A white-majority jury found him not guilty of all charges against him.

Vaqueiro’s plug of the Rittenhouse trial being about race (the deceased and injured were white), however, pales to the hysteria of his Telemundo colleague Nacho Lozano, who went ballistic over the not-guilty verdict, calling the judge biased, the jury sold-out, and self-defense hogwash. Yet, making the trial about what it was not in the name of a political agenda should have no place in the big-name media from which the Spanish-speaking population gets its news.

Join the MRC in its fight against bias like the one mentioned above in the nation’s Spanish-speaking liberal media. Follow this link.