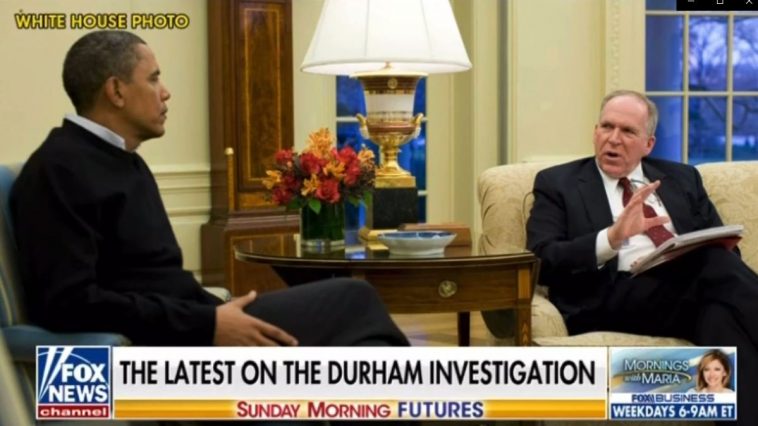 During their discussion, they revealed that then CIA Director John Brennan gave then President Barack Obama a private briefing on Hillary Clinton’s efforts to paint Donald Trump as a Russian operative.

Doug Collins: I’m going to say, not only the FBI, Comey and Strzok and McCabe ought to be very worried about Durham’s investigation. I’m going to say Brennan and Clapper, remember they were the ones that actually briefed Obama about the entire plot from Hillary Clinton to try and paint Donald Trump with Russia. There’s got to be some accountability.

Maria Bartiromo: Yeah, we got a picture of John Brennan in the Oval Office with President Obama, explaining, and we know now the notes because John Ratcliffe exposed those notes showing that Brennan told Obama that Hillary Clinton was cooking up this idea to tie Donald Trump. So they all knew, they all were aware of what was going on.