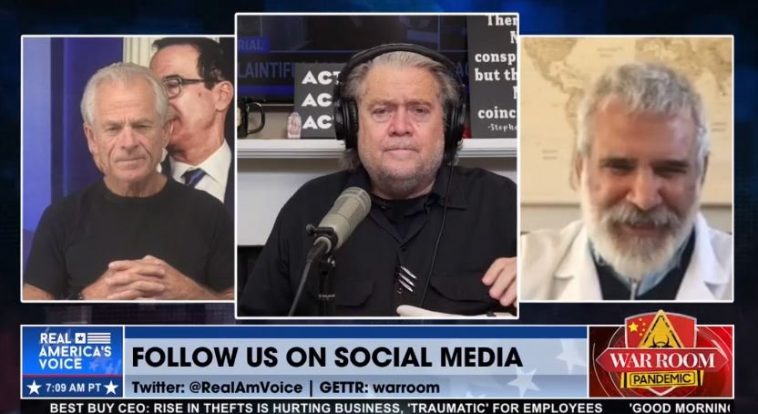 Dr. Malone accused Fauci of projection and lies. “He gets a gold star for lying… For some reason all of the misrepresentations that he makes all favor the interests of large pharmaceutical companies.”

Then Dr. Robert Malone accused Dr. Fauci and the COVID Team of killing at least 500,000 Americans since the start of the pandemic.

Dr. Robert Malone: “Look Tony, there are over half a million deaths in the United States for this virus, completely unnecessary because the federal government has very actively blocked the ability of physicians to provide lifesaving medications early in the infection. They’ve set a policy where physicians aren’t supposed to be treating as outpatients, they’re only supposed to be treating as inpatients. And you only get admitted when your body is pretty effectively trashed by the virus. And so we have this high rate of dying.”

This was the same thing we were saying earlier this year. The Gateway Pundit spoke with top doctors and medical institutions and no one could define an early treatment program for COVID patients. Fauci blocked promising treatments which resulted in over 500,000 US deaths.

NEW EVIDENCE Proves Dr. Fauci and CDC Prevented Use of Proven Drug on COVID-19 and HUNDREDS OF THOUSANDS DIED — When Will Americans Wake Up?

Fauci should be arrested, prosecuted and tried for mass murder.

Via The War Room.