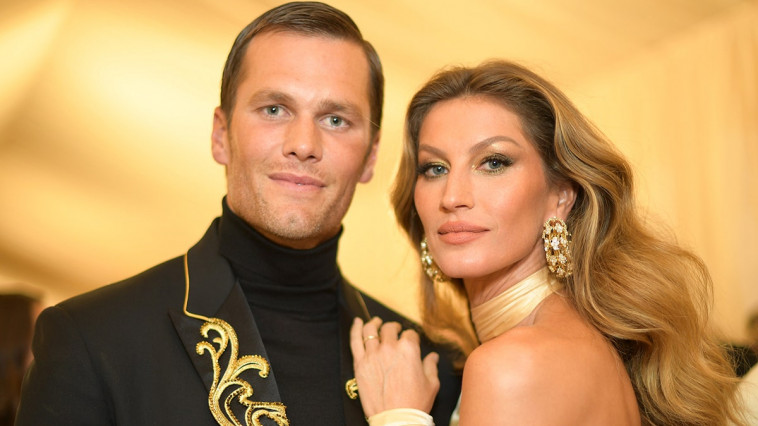 Tom Brady received hugs from three of his biggest fans — his children — on Sunday before the Tampa Bay Buccaneers home opening game at Raymond James Stadium amid marital drama with wife Gisele Bündchen, who was noticeably not in the stands.

The 45-year-old quarterback walked onto the field to a roaring applause, and made sure to stop on the sidelines for some love from his kids in a video shared by the NFL on Twitter.

TOM BRADY SAYS HE WAS ‘TOO EMOTIONAL,’ DIDN’T HAVE HIS FEELINGS IN CHECK DURING BUCS GAME AMID GISELE DRAMA

His mother and sister reportedly accompanied the children to the game along Florida’s Gulf Coast, where the Bucs ended up losing to Aaron Rodgers and the Green Bay Packers.

The Brazilian supermodel did not attend the game, according to People magazine.

GISELE BÜNDCHEN ADMITS ‘CONCERNS’ OVER TOM BRADY’S RETURN TO NFL, SAYS SHE WISHES HE COULD BE ‘MORE PRESENT’

“Gisele continues to be dedicated to her kids and is working on personal projects,” a source told the outlet.

Prior to his on-field meeting with another NFL MVP, Brady walked out wearing a long-sleeve shirt with his own throwback yearbook photo.

During last week’s “Let’s Go! with Tom Brady, Larry Fitzgerald and Jim Gray” podcast, Brady said that during the 20-10 win against the New Orleans Saints he was not able to handle his emotions.

Brady, who has seven Super Bowl rings to his name, displayed an entirely different demeanor than his usual calm and collected persona on the field as he was spotted smashing a tablet on the sidelines between plays. His outburst reportedly sparked the NFL to send a memo warning players they’d face fines if found breaking league-issued equipment.

Tom Brady was pictured leaving his hotel before his game against the New Orleans Saints looking downcast.  (Mega for Fox News Digital)

“I’ve gotta be really mindful of that going forward and getting my emotions in a good place so it allows me to be the best player I can be. I think there’s an importance where you can become too overly emotional, which I definitely think I was yesterday.”

When asked about what was making him so emotional, Brady answered, “I just think there’s a very high standard that we’ve all set… And I think part of that’s a challenge as you become an older athlete. The frustration of not being perfect builds up where normally when you’re a younger player, you just feel like winning’s good enough. And I think as you get older, and you have a degree of success, you think perfection is what it should be. And unfortunately that’s not the reality.”

Part of the contention in Brady’s marriage is due to his decision to come out of retirement earlier this year. Bündchen assumed Brady would have more time to spend with the family following years on the road as the all-time most winning quarterback.

Brady and Bündchen are reportedly trying to work through their problems, but are having a difficult time as they’re living separately with Bündchen in New York while Brady stays close to the team in Florida.

Tom Brady and Gisele Bündchen have been fighting ‘trouble-in-paradise’ rumors since before the start of football season. (Taylor Hill/FilmMagic)

Another source told Entertainment Tonight that Bündchen and Brady’s problems are more difficult than they appear as they can’t even see each other with hundreds of miles of physical distance between them.

“Gisele has been telling Tom for a while he needs to spend more time with the family, and after he retired, she thought she was getting what she asked for,” a source told the outlet. “Once Tom decided to go back to the NFL, she was devastated. Gisele is very hurt.”

“Gisele is upset with Tom and wants some space right now,” another source added. “She is getting pushed to her limit. She has always supported Tom and has been there for him, but she is over it. She doesn’t think Tom has been himself lately.”