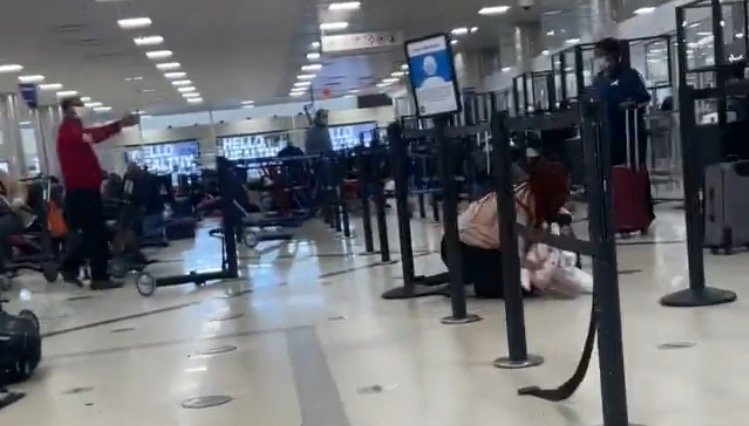 “There was an accidental discharge of a firearm near the main security checkpoint,” Atlanta police Sgt. Jarius Daugherty said. “Officers are working to determine the circumstances surrounding the incident.”

Details of the weapon discharge have not been released.

Bruh this is going on right now at the Atlanta airport!!! pic.twitter.com/fA3QwszuRn

Photo from the T terminal after the weapon discharge:

Current view from inside T terminal in Atlanta Airport after “accidental discharge” pic.twitter.com/1uONeCzJi9

Like clockwork, leftists used this as an opportunity to attack gun laws in Georgia.

GUN SHOTS Now at Atlanta airport caused mass panic today among passengers who thought there was an active shooter.

When it comes to gun law, America is an embarrassment. https://t.co/zEa6TJMJcF