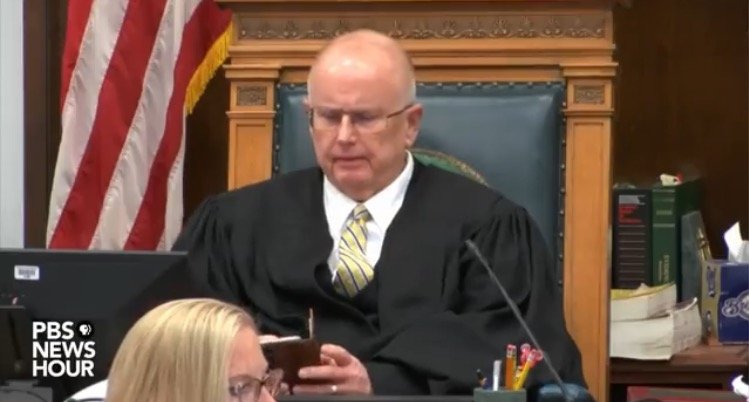 The left is going to go crazy over this.

It appeared Judge Schroeder’s phone went off during the Rittenhouse trial just one day after the prosecution rested its case.

Schroeder’s ringtone is “Proud to be an American” – he was seen checking his phone shortly after it rang.

Judge’s ringtone is “Proud To Be An American”

It is literally so over. pic.twitter.com/W68pReho0j

Kenosha prosecutor Thomas Binger tried to go around the judge’s ruling and introduce inadmissible evidence and Judge Schroeder RIPPED into him.

“Don’t get brazen with me!” the judge said. “Why you would think that you can go into it without any advance notice to the court, I don’t understand that and as the defense is pointing out, you’re an experienced trial lawyer and this should not have been gone into.”

Judge: “Why you would think that you could go into that without any advance notice, I don’t understand … you’re an experienced trial lawyer.” pic.twitter.com/VSo7bCe42x