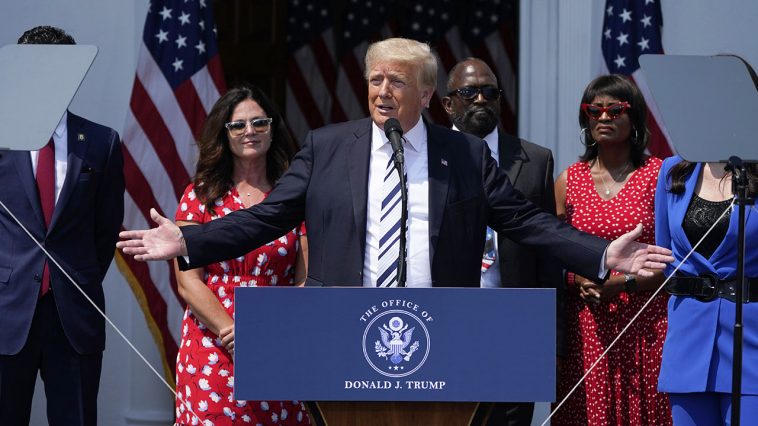 Former President Donald Trump Friday took a dig at politicians who didn’t show up to the NRA’s convention in Houston, after multiple speakers canceled appearances at the event, held days after the school shooting in Uvalde, Texas.

“I’m honored to be here in the great state of Texas, with the wonderful patriots of the NRA. And unlike some, I didn’t disappoint you by not showing up. Got to show up,” Trump said.

BETO O’ROURKE, GUN CONTROL ADVOCATES PROTEST OUTSIDE OF NRA CONVENTION: ‘SHAME ON YOU’

The three highest-profile politicians to cancel appearances at the event were Texas Gov. Greg Abbott, Rep. Dan Crenshaw, R-Texas, and Sen. John Cornyn, R-Texas. Abbott was in Uvalde Friday during the convention, Crenshaw traveled to Ukraine and Cornyn’s office told NBC DFW that he withdrew from speaking at the NRA convention prior to the shooting to be in Washington, D.C., for personal reasons.

The NRA convention came at a time when guns and gun control is elevated in public debate after the Tuesday shooting in Uvalde. A gunman entered Robb Elementary School and killed 19 students and two adults.

In response, Democrats in Congress railed against the NRA’s influence, and liberal protesters picketed outside the NRA convention Friday.

“There is worldwide media here today and do you know why?” Liz Hanks, the leader of the Texas chapter of the gun control group Moms Demand Action, said at the event Friday. “Because we are an embarrassment around the entire world, because we can’t protect our children in their schools.”

Beto O’Rourke, Democratic gubernatorial candidate for Texas, speaks at a protest during the National Rifle Association (NRA) annual convention in Houston, Texas, US, on Friday, May 27, 2022. Houston Mayor Sylvester Turner said the NRA should postpone its convention in the city this weekend out of respect for the victims of the nations second deadliest school shooting this week in Uvalde, Texas. Photographer: Mark Felix/Bloomberg via Getty Images (Mark Felix/Bloomberg via Getty Images)

Abbott and other officials continue to dig into the law enforcement response to the shooting in Uvalde, where it appears police didn’t enter the school until long after the shooting began. Meanwhile, a group of senators is trying to negotiate a possible gun reform package that could clear a 60-vote threshold in the Senate.

That group is led by Sen. Chris Murphy, D-Conn., with participation from Cornyn and several other Republicans and Democrats. It’s not clear where – or whether – they will be able to find agreement. But red flag laws and expanded background checks appear to be the most high-profile topics in the discussions. 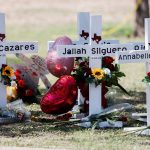 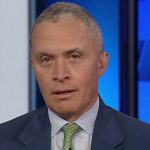