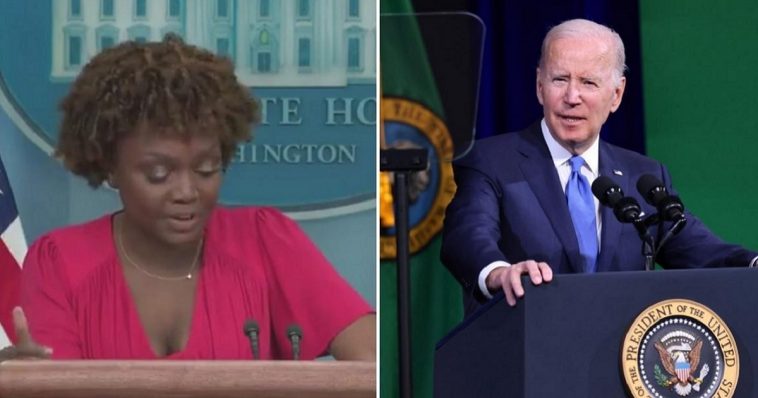 On Monday, new White House Press Secretary Karine Jean-Pierre gave her first news briefing. It is safe to say it did not go as she had hoped.

Throughout the briefing, Jean-Pierre appeared unprepared and continually looked down at her notes. One of the worst moments came when she responded to Fox News reporter Peter Doocy by reading pre-written remarks that were not particularly relevant to the question Doocy asked.

Jean-Pierre: “We encourage those who have done very well, especially those who care about climate change, to support a fairer tax code.” pic.twitter.com/rcvptEkgPN

While Jean-Pierre’s inability to answer the question was concerning, her fixation on her notes is what took even more people by surprise.

Many Twitter users pointed out the similarities to President Joe Biden, who often reads from a teleprompter — with varying levels of success. During one news briefing last week, his success level was markedly low.

Since being able to talk to the media is the most important part of Jean-Pierre’s job, the Federalist’s senior legal correspondent, Margot Cleveland, thought her reliance on written material was clearly a bad look.

I don’t think I’ve ever seen a press secretary read a briefing book like Joe Biden reads a teleprompter. https://t.co/oEFELa6mu9

“How is every single person in the Biden administration, from the president on down, so absolutely awful at public speaking & communication?” Travis wrote.

“Every day they get more embarrassing.”

How is every single person in the Biden administration, from the president on down, so absolutely awful at public speaking & communication? Every day they get more embarrassing. I don’t even know what’s she trying to read here: pic.twitter.com/YTWdYPU37l

Before the disastrous news briefing, the establishment media had already dubbed Jean-Pierre a hero. The liberal U.K. Guardian ran an article by the newspaper’s Washington bureau chief calling her “a symbol of change after the Donald Trump era.”

Jean-Pierre is the first black and openly gay woman to serve as press secretary, a fact that leftists nationwide have gleefully shared.

Do you think Jean-Pierre is showing herself to be qualified for this role?

“Karine is the right person to carry the weight of being a history maker but that aspect of it will last all of five warm minutes at the podium,” Center for American Progress chief executive Patrick Gaspard told The Guardian.

“About five minutes in, being the first ever is going to mean hardly anything to folks who are hearing from her and certainly it’s not a crutch that Karine is going to rely upon. She knows that she’s got to be better prepared than anyone.”

It is not fair to judge Jean-Pierre based on one news briefing, and it’s possible she will quickly show improvement in her position. Still, her first day hardly inspired the confidence Gaspard predicted.

Grant is a graduate of Virginia Tech with a bachelor’s degree in journalism. He has five years of writing experience with various outlets and enjoys covering politics and sports.

Grant is a graduate of Virginia Tech with a bachelor’s degree in journalism. He has five years of writing experience with various outlets and enjoys covering politics and sports. 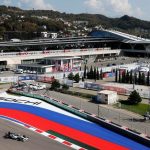 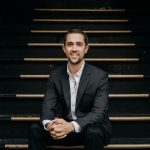