A British politician arrested on suspicion of rape and sexual assault was released on bail, London’s Metropolitan Police said on Wednesday.

Cops launched an investigation into the alleged incident in January 2020 but did not reveal the suspect’s identity. The alleged sexual offenses were committed between 2002 and 2009, police said.

Scotland Yard — the police force’s headquarters — said the Conservative Member of Parliament, who is in his 50s, was also detained on suspicion of indecent assault, abuse of position of trust, and misconduct in public office.

Tory chief whip Chris Heaton-Harris urged the unnamed man to stay away from Parliament but has not suspended him. The suspect remains a member of the parliamentary party, ITV News reports.

Heaton-Harris did not immediately respond to The Post’s request for comment.

Police said the politician was “bailed pending further inquiries to a date in mid-June” and that an investigation is ongoing.

The Prospect union, which represents hundreds of Parliament staffers, said harsher action needs to be taken against the individual.

The union’s deputy general secretary, Garry Graham, told The Post, “What will it take for Parliament to finally take its responsibility to its staff and visitors seriously and suspend access to the estate for parliamentarians under investigation for sexual offenses?

“Voluntary agreements to stay away do not work, as demonstrated by Imran Ahmad Khan’s attendance at Westminster whilst investigations were ongoing, despite agreeing to stay away.”

Graham said “Parliament has the same responsibilities towards its staff as any other workplace” and it “must live up to them.”

Prior to the politician being bailed, Foreign Secretary Liz Truss said she was “very, very concerned” over the arrest. Truss did not immediately respond to The Post’s request for comment.

“I’m very, very concerned about the reports that I’ve heard. Clearly this is a matter for the police,” she told Sky News.

“The police are currently working on the case but it is worrying that we are seeing these appalling … accusations, again, about a parliamentarian.”

A statement from the Tory whips’ office said, “The chief whip has asked that the MP concerned does not attend the Parliamentary estate while an investigation is ongoing. Until the conclusion of the investigation, we will not be commenting further,” according to BBC News.

The Conservative Party did not immediately respond to The Post’s request for comment.

The UK public elects MPs to represent their concerns in the House of Commons. MPs consider and can propose new laws as well as raise issues in the House.

MPs split their time between working in Parliament itself, working in the constituency that elected them and working for their political party.

The Conservative Party currently has 359 MPs, while Labour Party has 199 MPs. 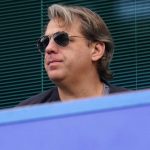 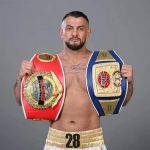