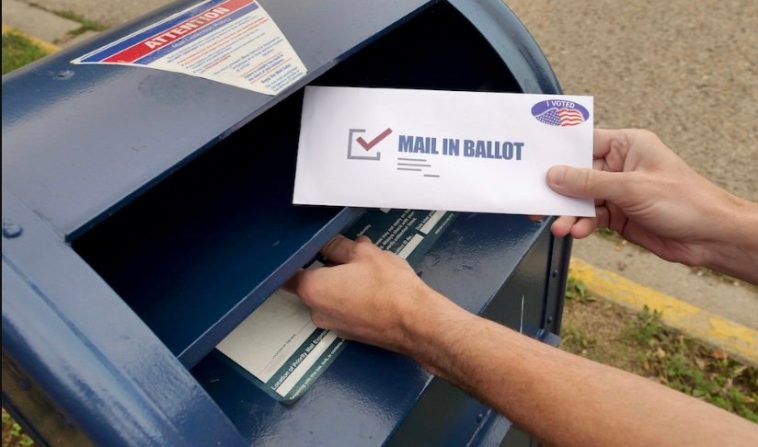 A recent election review training in Seattle, Washington has revealed several unbelievable voter procedures – including accepting a candidate’s name that is written on a napkin as a write-in ballot – which has left many people questioning how the state could possibly conduct free and fair elections with such lax measures in place.

Video of the training session that was posted online shows King County election officials reviewing examples of ballots that were filled out incorrectly, and it turns out they will accept just about anything as a valid vote.

In one example of a mail-in submission that was shown by the officials, a voter in Seattle’s most recent election sent in an envelope with no ballot, but included a newspaper clipping of Democratic candidate Lorena Gonzalez. Unbelievably, officials said that if the person who submitted the clipping had just circled the candidate’s name it would have been tallied in the final vote total.

“This one is for Seattle Mayor. This voter did not send in a ballot – their envelope was empty, but we did get this part of the voter pamphlet with the candidate statement along with the contest info at the top of the page – ‘City of Seattle mayor.’

If there had been no handwriting at all, we would have just called this superfluous material and wouldn’t bring it before the board – [but] the fact they [drew] what looks like an ‘L’ and a ‘+’ or a ‘V’ and a ‘+’ made us want to bring this forward for you to look at – if they had circled Lorena’s name we would have counted it as a vote, but this is a little more ambiguous for us.

So the question is: is this a vote for Lorena? We want to look at [the election rule titled] ‘writing in the wrong place’ – in voter intent manual page 70 – so really what you need [is] the office and the position number if that’s applicable to call it a ‘write-in in the wrong place.’

For this instance if we thought this [scribble] was an indication that they meant to vote, then this would have everything we need to call it a ‘write-in in the wrong place.’”

After showing the example to the trainees, one woman asks for clarification from the speaker by comparing the newspaper clipping to a voter sending in a napkin that’s been filled out with a candidate’s name and information about the race.

Without skipping a beat the election official confirmed that yes, a napkin would be a proper replacement for a ballot, saying “that would be enough and we would count that as a vote.”

Another trainee can’t believe what he just heard so he questions the speaker about the rule in the elections manual that she is referencing to say napkins and newspaper clippings can be substituted for an official ballot. He points out how the “write-in in the wrong place” rule specifically states that the write-in needs to be “elsewhere on the ballot” and doesn’t say anything about napkins or any other item that can be changed in place of the ballot itself.

WOW! During a review board, officials in Seattle admit that if someone were to write a candidates name on a napkin their vote would be counted.pic.twitter.com/EXHjuxtmGJ

According to the Post Millennial, the state of Washington has some of the most lenient voting laws in the entire country. As other states shore up the integrity of their elections in the aftermath of the rigged 2020 election, Washington’s election officials continue to prioritize mail-in ballots while lowering their voting standards even further.

“According to former Washington Secretary of State Kim Wyman (R), Washington is a “voter intent” state by law. This means that voters are not disenfranchised if they mark a ballot differently than directed. When voter intent can be discerned, the vote will be counted.

Biden recently appointed Wyman to work in the White House and lead the Department of Homeland Security’s efforts to “protect future elections from foreign and domestic interference.”

Combine that ambiguous state law with mail-in ballots, and it equals a recipe for rigged elections for years to come.