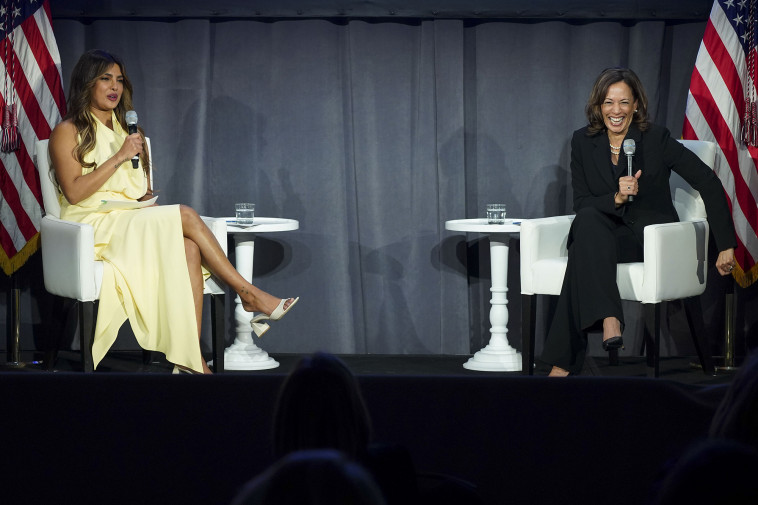 Vice President Harris came in for a torrent of criticism after telling an audience that “communities of color” would be first in line for relief in the devastating aftermath of Hurricane Ian.

“We have to address this in a way that is about giving resources based on equity, understanding that we fight for equality, but we also need to fight for equity,” she said during a discussion with Priyanka Chopra at the Democratic National Committee’s Women’s Leadership Forum on Friday.

“If we want people to be in an equal place sometimes we need to take into account those disparities and do that work,” she added.

“This is false. @VP’s rhetoric is causing undue panic and must be clarified. FEMA Individual Assistance is already available to all Floridians impacted by Hurricane Ian, regardless of race or background,” Pushaw said.

Sadanand Dhume, a fellow at the American Enterprise Institute added that “real people don’t talk like this.

“If a hurricane hits a state, we should expect the government to help all those affected: black, brown white, purple, green,” he said.

Even Elon Musk, the world’s richest man, chimed in saying resource allocation “should be according to greatest need, not race or anything else.”