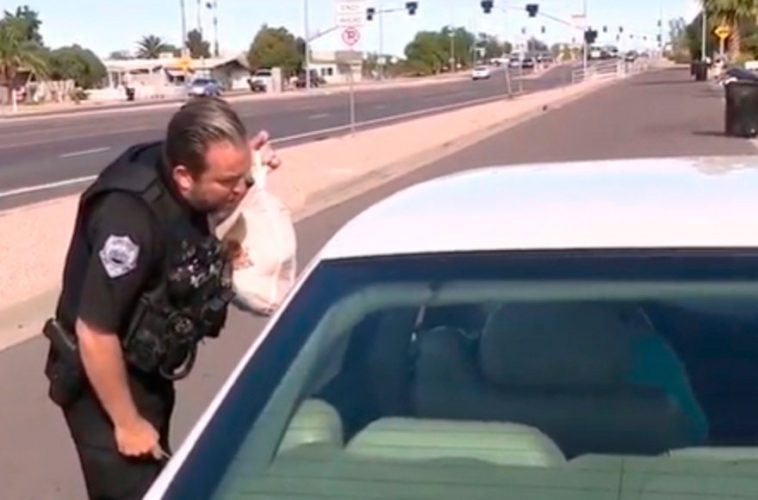 The Mesa Police Department in Mesa, Arizona, has been pulling over drivers and surprising them with turkeys — bringing one man to tears.

The prankster police pretended that they were giving motorists tickets, but it was actually part of their “Turkeys Not Tickets” program.

The officers would make up a violation, go back to their vehicle as if they were writing a ticket, then returned with the Thanksgiving bird.

“When you made your turn, you made a wide turn. You’re supposed to stay in your lane,” Officer Jason Flam of the Mesa Police Department told one driver.

The officer told Fox 10 that some stops were emotional, bringing one man to tears.

“…I don’t think they can afford the turkey, so it worked out really good,” he said.