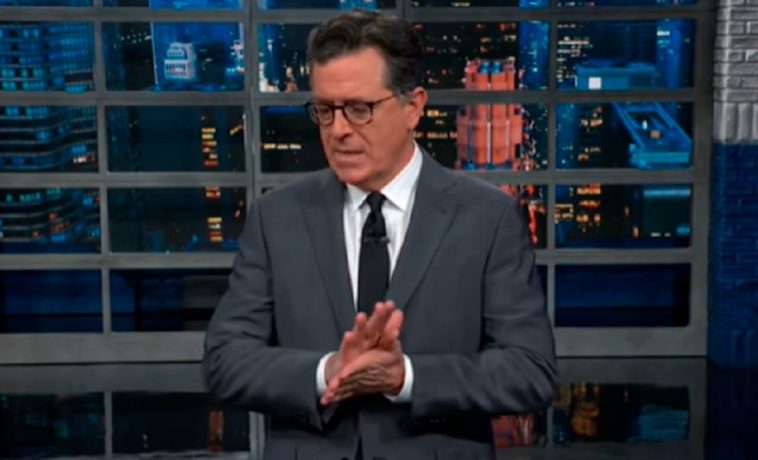 Late Show host Stephen Colbert is so upset about the verdict in the Kyle Rittenhouse case that he is proposing changing the law to criminalize self defense.

Following the jury determining Rittenhouse was acting lawfully when he shot three people who were attacking him during a riot in Kenosha last year, Colbert said that if the teenager “didn’t break the law, we should change the law.”

“The big news on Friday was that after being accused of crossing state lines, killing two people and wounding another last year during a Black Lives Matter protest, Kyle Rittenhouse was acquitted on all counts,” Colbert began.

“Cards on the table, I am not a legal expert so I can’t tell you whether or not Kyle Rittenhouse broke the law. But I can tell you this, if he didn’t break the law, we should change the law,” Colbert continued to rant. “That seems simple.”

The “comedian” went on to rail on Rep. Matt Gaetz for celebrating the jury’s decision.

“So, Rittenhouse was found not guilty, but only a complete moron would celebrate this clear tragedy by making this guy a hero.”