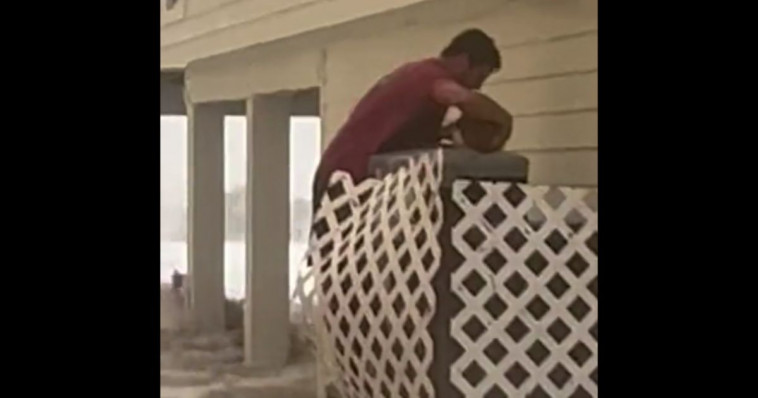 What would you do?

Think about it: In the midst of a hurricane, would you save an animal while water is pouring in?

As Hurricane Ian pounded Florida, some people stayed back while the Category 4 storm made landfall.

Mike Ross, 29, saw an orange-and-white feline in distress and leaped into action, according to The Washington Post.

The brave rescue occurred Wednesday at about 2 p.m. near Bonita Beach.

Ross’ mother recorded the video that later was shared by his girlfriend on Twitter.

Ross evacuated his home to hunker down at his parents’ house, and that’s the area where he spotted the distressed kitty — alone, braving the storm waters, on top of a mounted air conditioning unit at a neighbor’s home.

After seeing the frightened cat from a window, Ross immediately ran outside.

The video depicted Ross wading through water to grab the poor feline, which was trying to avoid the water.

As he was approaching the cat, water continued to pour into the area, almost looking like a scene from a movie.

“My boyfriend saving a cat from flood waters near Bonita Beach,” Megan Cruz Scavo tweeted along with the video.

One Twitter user responded to the video: “I’m sorry, Megan, but he is everyone’s boyfriend now. I don’t make the rules.”

After the daring rescue, a gofundme was established by Scavo. As of Friday afternoon, over $16,000 had been raised.

The gofundme stated, “We are a young couple in Naples, FL raising money to help restore our home — which suffered terrible damage — and the homes of others after the devastation seen from Hurricane Ian.

“Mike braved the storm to save a cat, who we named Ian, that was stranded clinging for life on a neighbor’s AC unit as storm surge rushed in.

“In honor of Ian, and all people and pets affected, we are donating half of the proceeds raised by this to the Naples Humane Society,” Scavo said.

Scavo gave an update on Friday.

Ross, a consultant at a software company, plans on keeping the cat unless he can find its owners, according to the Post.

For the time being, Ross has a new friend, and the now-dry kitty is safe and has a roof over its head. 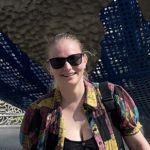