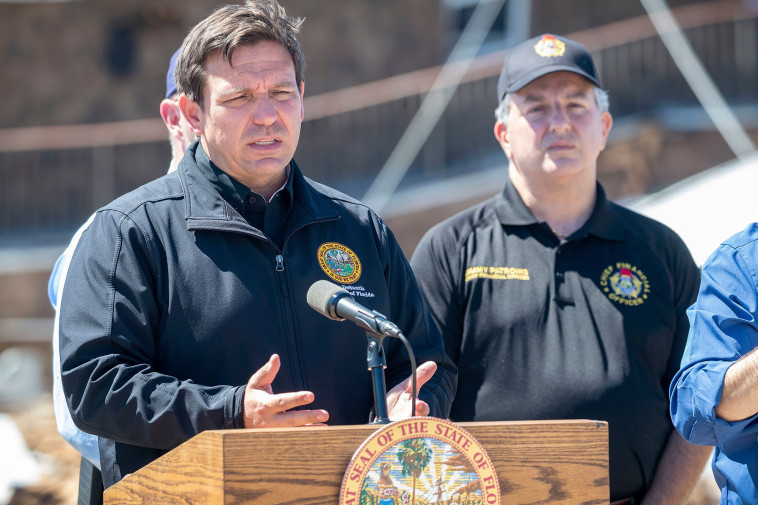 Florida Gov. Ron DeSantis issued a pointed warning to anyone looking to take advantage of the chaos caused by Hurricane Ian.

“You can have people you know bringing boats into some of these islands and trying to ransack people’s homes. I can tell you, in the state of Florida, you never know what may be lurking behind somebody’s home, and I would not wanna chance that if I were you, given that we’re a Second Amendment state,” he added.

The governor said at one point he saw a sign on a boarded up business in Punta Gorda, Fla. which said only “you loot, we shoot,” Florida Politics reported

There have been sporadic reports of looting in some of the state’s hardest hit areas. In Fort Myers cops busted five youthful looters. Another man was collared for burglary and criminal mischief in Levy County, WCJB20 reported.

“For any of those individuals that think they are going to go out there and loot or prey on people during this horrific event — you better think twice,” Marceno said. “When I say zero tolerance, zero tolerance means we will hunt you down, track you down, and you’re going to jail. If you’re lucky.”