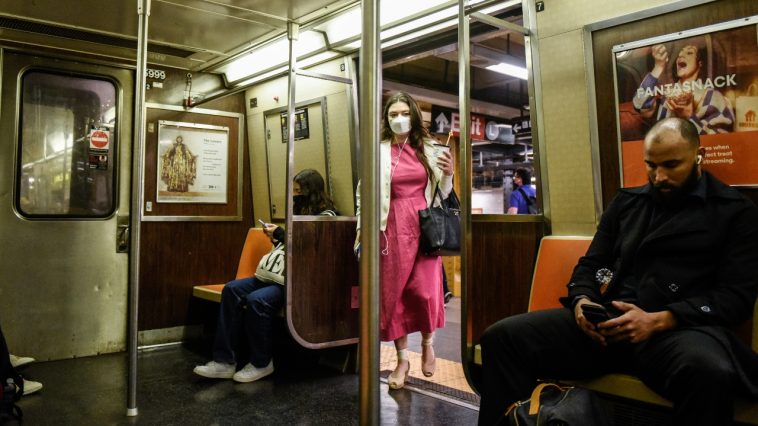 A viral video on social media shows a woman being harassed on a New York City subway train as bystanders keep a safe distance away from the scene.

“Get up!” the individual yells as he pulls the woman by her hair to the back of the train car before letting her go.

FAMILY OF NYC SUBWAY SHOOTING VICTIM: ‘I’M PLEADING THAT THIS NOT HAPPEN TO ANOTHER NEW YORKER’

Toward the end of the video, the individual can be seen kicking the train car’s windows while it is still in motion and then eventually exiting the car at the next stop.

New York City Mayor Eric Adams’ office did not respond to an inquiry from Fox News Digital regarding the video.

A commuter enters a subway at a station in New York, US, on Wednesday, May 25, 2022.  (Stephanie Keith/Bloomberg)

Transit crime incidents in New York City have increased by nearly 58% year-over-year from 576 incidents last year, when fewer people were commuting to work via public transit due to COVID-19, to 907 this year. Total violent crime has increased by more than 39% year-over-year, according to the New York Police Department’s crime statistics for the week ending May 22.

Several incidents have made national headlines this year. On Tuesday, a New York City Goldman Sachs employee was killed in an unprovoked attack on a moving subway car. In April, a shooting in a crowded subway car left 29 people injured — 10 of whom sustained gunshot wounds. In January, a 40-year-old Deloitte employee was fatally pushed in front of a moving train.

NYPD Transit Chief Jason Wilcox announced Monday that the city had rolled out the Train Patrol Force, or TPF, this month to “perform dedicated, targeted and visible travel patrols on the late evening and overnight hours.”

Wilcox told transportation executives 54% of the city’s total subway crime is reported on the trains, and 40% of that total is reported during “the specific TPF overnight hours.”

The TPF is “not a new concept” and has been used in “years past” in patrolling the subways.

“It was an idea that we felt we needed to return to,” he said.

Meanwhile, the transit chief added that overall subway arrests are up 67% so far this year.

Bystanders not doing nothing perhaps are afraid of the racist criminal BLM organization. Imagine if something happens to this crazy pos while you hold him down. You’ll probably be put on death row because he’s black. 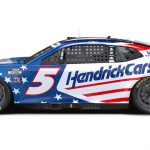 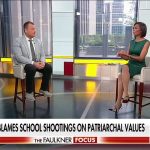